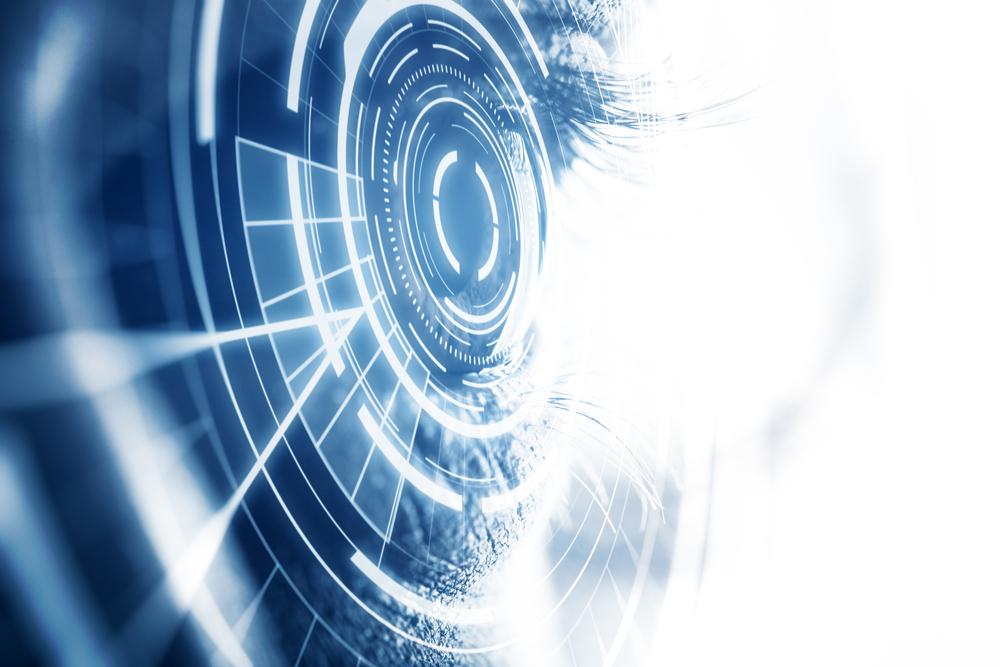 The latest research on Johnson & Johnson Vision’s TECNIS Eyhance and TECNIS Synergy IOLs shows outcomes are more than promising. A steady wave of intraocular lenses (IOLs) has hit the market over the past few years, and the arrival of new, cutting-edge options gives both doctors and patients a panoply of choice. With these IOLs, previously unmet needs in conditions like presbyopia and astigmatism are being swept away by a rising tide of new tech.

But with such a dizzying array of options, sorting the pretenders from the contenders has become a challenge unto itself. Fortunately, exciting research on this next wave of IOLs is finally catching up — and Johnson & Johnson Vision’s futuristic TECNIS family of IOL offerings are distinguishing themselves as the crème de la crème.

TECNIS Eyhance a Wildly Successful Twist on an Old Classic

Monofocal IOLs represent the tried-and-true old guard of lens design. Focused for one distance (usually far), patients then use vision correction like eyeglasses to make up for the distances lacking in power.

This has been the status quo for many years in the IOL space, but one with glaring downsides in visual range. Innovation in monofocal technology is past due, and the team at Johnson & Johnson Vision have answered the call with their TECNIS Eyhance IOL. This lens is designated as a monofocal plus IOL, meaning it pushes its focal range beyond traditional monofocal boundaries. But does this design concept match real world performance?

ESCRS President and IOL guru Dr. Oliver Findl answered that question with a resounding “yes” in an interview during APACRS 2022 in Seoul, South Korea. “I use the Eyhance as my standard monofocal lens,” he stated emphatically.

One reason for his preference is the coveted extended range of vision that TECNIS Eyhance offers, especially into the intermediate range. “[The Eyhance] increases what I call the ‘landing zone.’ The defocus curve is a little broader. So even if you’re a quarter or half a diopter off, the patient still has very good unaided visual acuity,” explained Dr. Findl. “If you really hit emmetropia, or if you go a little monovision on the other eye … these patients actually have pretty good intermediate vision as well.”

High praise from one of the field’s preeminent doctors, but why take it from just one doctor? In a presentation from APACRS 2022 entitled Laboratory and Clinical Evaluation of Multifocal IOLs, Dr. Chul Young Choi presented optical bench test MTF curve data on the Eyhance versus an older monofocal lens.

“Eyhance showed really good outcomes, especially with a constricted pupil,” he concluded, pointing to an MTF curve showing an almost 0.7 D power improvement in the intermediate range. “This is the reason it can cover intermediate.”

So, the TECNIS Eyhance is a monofocal plus lens with excellent results in the intermediate range. But extended visual range does not make an all-purpose monofocal IOL. A go-to IOL must

also be appropriate for a wide range of patients, and this is what puts the TECNIS Eyhance over the edge for Dr. Findl. “We have glaucoma patients, vitreo-retina patients, macular patients, diabetics … I don’t really have any inclusion or exclusion criteria. I really use this as my monofocal lens, and I’m not selective,” he said. “We have a lot of patients who have comorbidities and we use the lens, and we have not seen any drawbacks.”

TECNIS Synergy at the Vanguard of Multifocal IOL Technology

Presbyopia, an aging eye condition —that age-old bane of optics and IOL technology — has traditionally been corrected with some form of monofocal IOL and reading glasses. But after the advent of multifocal technology, the landscape shifted, and the race was on to give presbyopic patients a premium option to functionally cover two, if not all three, ranges of vision.

Nowhere else in the world is this more important than Asia, where near vision is particularly critical. And not many in the game know this better than Dr. Fam Han Bor, head of Cataract, Implant, & Anterior Segment Service at The Eye Institute of Tan Tock Seng Hospital in Singapore. “I think most Asians, and East Asians especially — we are quite short-sighted. Habitually we like to hold things a little bit closer, at 33 cm instead of 40 cm,” he said. “If you look at [Asian writing] characters, and especially Chinese — they’re blockish with a lot of strokes.”

All this adds up to a significant need for an IOL with near performance, and the TECNIS Synergy is Johnson and Johnson Vision’s next generation IOL to meet this need. A synthesis of diffractive multifocal technology and extended depth of focus (EDoF) principles, TECNIS Synergy purports to provide a continuous range of vision clear through distance to near ranges.

When comparing binocular TECNIS Synergy with top multifocal competitor AcrySof IQ PanOptix, the TECNIS Synergy proved far superior. For range of vision, it was no contest. “Across every distance, the Synergy performed better,” he said. TECNIS Synergy especially distinguished itself entering the near 40-25 cm range. Dr. Fam reported a 0.8 line of visual acuityimprovement over PanOptix in the 40-33 cm range, increasing to 1.1 lines of visual acuity at 25 cm.

Dr. Choi’s optical bench study comparing TECNIS Synergy and two of its multifocal competitors led to the same sparkling results. Average MTF scores were relatively similar at far distances to the ZEISS AT LISA tri and Alcon PanOptix, but as the curves approached intermediate ranges and the critical 33-27 cm reading distance at 3 mm aperture, TECNIS Synergy pulled away from the pack. Where the AT LISA tri and PanOptix peaked at 33 cm with an average MTF of 0.2, the Synergy increased to a peak of 0.3 in the 33-27 cm reading range.

Constricted pupils, represented by an aperture of 2 mm on the optical bench, further crowned TECNIS Synergy king. At the intermediate peak, average MTF for TECNIS Synergy was 0.5, compared to 0.3 for the PanOptix and 0.2 for the AT LISA tri. For the 33-27 cm reading range, TECNIS Synergy’s average MTF near peak was 0.4, compared to under 0.2 for the PanOptix and AT LISA tri. “The superiority of the TECNIS Synergy over the other two multifocal IOLs was immediately clear,” said Dr. Choi. “TECNIS Synergy lenses can cover a much higher and wider peak reaching up to the reading distance. We could easily see which one [of the three tested] provides better visual performance especially at intermediate and near.”

Results you can Count on with TECNIS Toric II Platform

The results for the TECNIS Eyhance and TECNIS Synergy IOLs — from studies to the real world — speak for themselves. The future of IOLs is here, and patients with astigmatism are invited to the party with the TECNIS Toric II platform.

Both the TECNIS Synergy and TECNIS Eyhance are available on the TECNIS Toric II platform, and both doctor and patient can rest happy knowing that these IOLs stay put. Axis rotation and misalignment are two of the greatest sources of IOL failure, so any IOL design needs a solution to hold the lens fast.

The TECNIS Toric II’s answer to this are its frosted haptics, and research presented by Dr. Tetsuro Oshika during a talk at APACRS 2022 entitled Maximizing Surgical Success with Phaco and Toric IOLs Using Latest Innovations, indicated a huge leap forward with Johnson and Johnson Vision’s newest offering for patients with astigmatism.

“We found that the largest rotation occurs within one hour after surgery … Thereafter, the axis orientation was very, very stable,” said Dr. Oshika. An immediate firm grip on the eye is what the frosted haptics are designed to do. As the coup de grâce, Dr. Oshika displayed data showcasing the significant advantages of the TECNIS Toric II over others in misalignment percentage. At three months postop, the TECNIS Toric II more than halved the misalignment percentage of its predecessor from around 5.5% to an impressive 2.5%.

Another tip Dr. Oshika gave to prevent misalignment is to be patient as the IOL unfolds, as many lenses can be very slow to open. But the TECNIS Toric II is not like any other lens, and just as it proved superior in preventing misalignment, it also showed significant advantages over previous generations in unfolding speed, registering an almost 15 second improvement in the time it took the lens to unfold to 11 mm.

All in all, the TECNIS Eyhance and TECNIS Synergy together with TECNIS Toric II platform represent some of the most advanced technology in the IOL world. And with a new round of research showing unprecedented results in visual outcomes and quality, one thing is clear: This is just the beginning with next generation IOLs, and Johnson & Johnson Vision’s TECNIS Synergy and TECNIS Eyhance are blazing the trail forward.

Editor’s Note: The annual meeting of the Asia-Pacific Association of Cataract and Refractive Surgeons (APACRS 2022) was held from June 11-12, 2002 in Seoul, South Korea. Reporting for this story took place during the event.