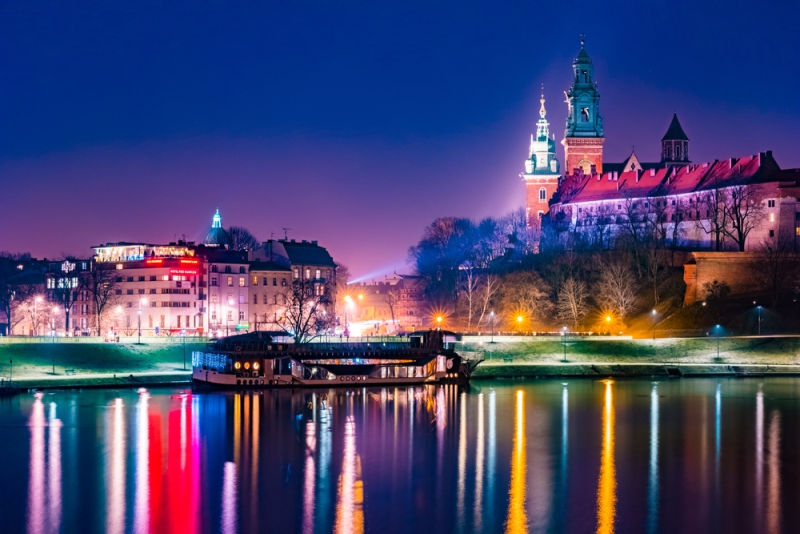 It is the first big online conference of the year and the Media MICE team is stuck. Normally, our correspondent would find a lyrical theme to go along with the original intended location of the conference. Think Elvis Priestley songs for Las Vegas, or Dutch folk tunes for an Amsterdam event. For the European Society of Cataract & Refractive Surgeons (ESCRS) 25th Annual Winter Meeting? Turns it out it was going to be in Krakow, Poland.

So a hearty welcome to mark this perfectly polished presentation from what should have been from Poland’s beautiful second city, and apologies too, as our Polish musical references are a little limited. A special shout out and dzień dobry to the Cataract and Refractive Surgery Section of the Polish Ophthalmological Society, the ESCRS 2021 Winter Meeting is held in conjunction with the group. Kicking off the first day of the conference, ESCRS President (and man with the world’s coolest name) Prof. Dr. Rudy MMA Nuijts thanked his Polish counterparts, and spoke for all of us when he described his hopes for 2021.

“As we approach what we all sincerely hope is the end of this most difficult of times, the ESCRS remains committed to what we’ve always done: Providing a top-class platform for our members and attendees to come together and exchange ideas,” said Prof. Dr. Nuijts. Well said and kudos, here’s to the first big conference of the year.

Presbyopia has been a hot topic recently; the Ophthalmology Innovation Summit (OIS) recently hosted one of its webinars on the subject. The ESCRS summit  began with two sessions on presbyopia,  the first was a seminar sponsored by Carl Zeiss Meditec (Jena, Germany) which covered practice challenges. The second session was about toric lens technologies, where issues like enhanced monofocals, residual refractive error and patient comorbidities were discussed.

This led  to the formal introduction of the three-day conference, moderated by Prof. Dr. Nuijts. With not a moment to spare, we moved on to Too Many Patients, Too Few Doctors, Better Eyecare. Want to learn more about telemedicine, healthcare systems and paramedical help in ophthalmology? Then this was the seminar to attend where the challenges faced by ophthalmological institutions during COVID-19 was covered, along with other topics like bilateral sequential cataract surgery.

Next, Dr. Nicholas Strouthidis from Moorfields Eye Hospital described how the lack of trained ophthalmologists is causing severe problems in England. He pointed to one case (in the U.K.) where a woman went blind in both eyes due to the cancellation of multiple glaucoma appointments. As she successfully sued for around $4.4 million, Dr. Strouthidis recommends increased training and usage of paramedical personnel in ophthalmology; for example, 9% of intravitreal injections at his hospital are performed by nurses.

I Cannae Dae it Captain… I Cannae See the Engines!

Further north in Scotland, which has a seperate medical system from England, came Dr. Iain Livingstone from NHS Forth Valley. The Scottish doctor reported on his practice’s use of telemedicine, including a 3D-printed slit lamp that can be attached to a tablet device, and a smartphone retinal scanner developed in cooperation with the University of Strathclyde in Glasgow. The use of these and other telemedicine technologies has helped increase the number of telemedicine consultations to 86% for all doctor patient interactions.

Day 2 of the winter ESCRS conference will kick off early at 08:30 CET, so make sure you set your alarm clocks. That is 02:30 EST too, so American friends, stay up late and enjoy the best that European cataract and refractive ophthalmology has to offer! Until then, the CAKE team is off to boil some pierogies, read the Witcher novels, and brush up on our Polish music. Do widzenia!