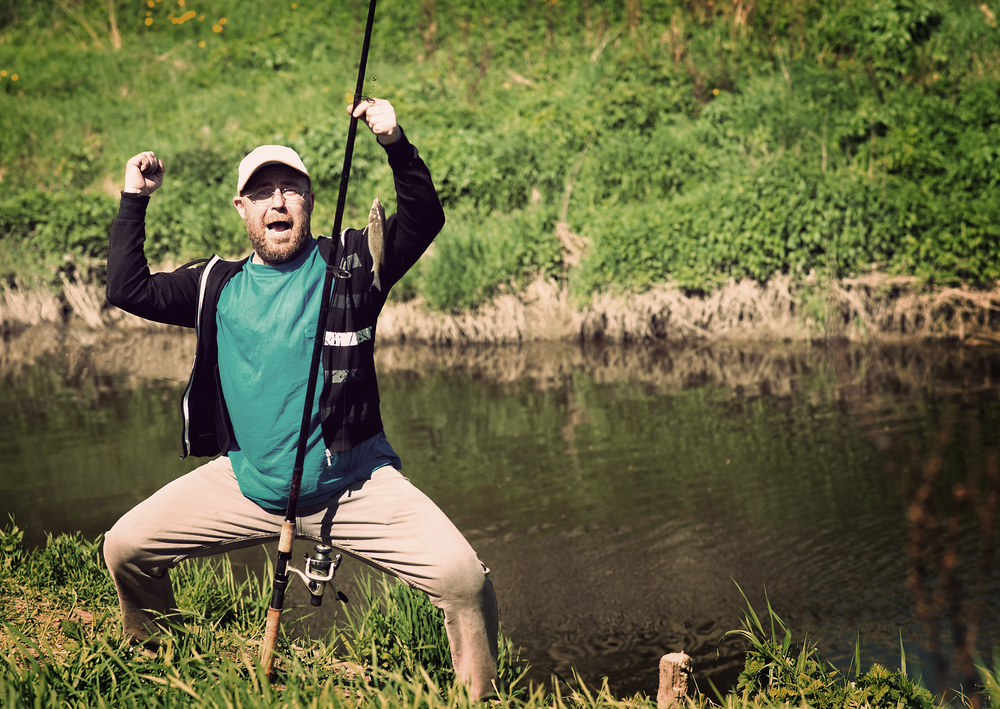 We all know that participation in sports comes with certain risks, and certainly, some sports are riskier than others. You would be less likely to expect a serious injury in say, badminton, than UFC cage fighting, for example. But who knows, there’s always a chance you could fight your teammate on the court and sustain a head injury. And of all the activities one can do, fishing is not one that immediately conjures up images of wounds, injuries and boo-boos.

Well sorry to say, but for your eyes, there are apparently considerable dangers in fishing, both as a recreational activity and as a profession. If you’ve ever been fishing with a novice, you will know that when people cast the line behind them to launch their hook and bait, there’s always a chance said hook will snag something behind them. Well, given this is CAKE magazine, you probably know where we’re going with this…

You’ve Got Me Hooked (Ouch!)

While it is (relatively speaking) a rare problem, fish hook injuries to the eye occur frequently enough that there’s a considerable amount of research on the matter. Indeed, during the recent 36th Asia-Pacific Academy of Ophthalmology Virtual Congress (APAO 2021), we covered a presentation by Dr. Rajendra Maurya, an associate professor and head of the oncology and trauma unit at Banaras Hindu University (Varanasi, India), entitled Unusual Trauma Patterns in the COVID Period. While coverage of this report was primarily given over an incident involving a bear attack (because, wow) there was also a case involving an 11-year-old girl who sustained injuries to her eye from a fish hook, which was removed with no lasting damage.

Turns out this wasn’t a one-off occurrence so we did a deep dive into ocular fish hook injuries. In Penetrating Fish-Hook Ocular Injury: Management of an Unusual Intraocular Foreign Body,1 study by researchers at the University of Rome in Italy, a fish-hook injury is an uncommon event and frequently occurs in the skin, usually involving the hands and fingers. There are only a few cases of ocular penetrating fish-hook trauma published in the medical literature, and all structures of the eye can be involved. In this report’s particular case, a 32-year-old man was referred with a fish-hook embedded in the left eye which had penetrated the sclera 2mm from the corneal limbus, passed through the trabecular meshwork, and exited in the anterior chamber with only one entry wound.

The unfortunate fisherman underwent hook extraction the same day under local anesthesia. A 1mm-wide incision was performed in the clear cornea with a straight 15° blade to fill the anterior chamber with a viscoelastic substance. No complications were observed during the postoperative period and a month later, visual acuity returned to normal.

Corneal lacerations are commonly encountered among ocular fish hook injury patients, as well as penetration of the lens, leading to traumatic cataracts. Corneal scarring often occurs after the initial injury; however if it is not extensive, then visual acuity usually returns to normal, as happened in our aforementioned study. However, there are a number of possible complications including choroidal and vitreous hemorrhages, retinal tears and retinal detachments, as well as endophthalmitis.2

How Do You Unhook a Hook?

In our Italian study above, the hook was extracted without much incident — this got us thinking about how many ways there are to actually extract a fish hook from the eye. According to Cut-it-Out Technique for Ocular Fish Hook Injury,2 there are five techniques that clinicians should consider for extraction. First, there’s the advance-and-cut technique, where the hook is pushed forward until the tip and barb are outside the eye, and second, the back-out or retrograde technique where the hook is removed by backing it out through the entrance wound.

Then there’s the snatch technique, which is usually employed to remove a fish hook from non-ocular tissues, where downward pressure is applied to the shank and the hook is quickly removed. The penultimate technique is the needle-cover technique, which is usually applied when the fish-hook penetrates the retina and a large-bore needle is passed into the eye through the entry wound. Finally, and of particular note to us, is the cut-it-out technique where the entrance wound is enlarged by a scalpel blade, the blade is slid along the hook until it reaches the barb and subsequently, the hook is backed out of the eye similar to the back-out technique.

If you, as a patient, want to avoid undergoing any of these techniques on a surgeon’s table then please, make sure you pay attention when someone is casting their line. Fishing should be fun, and should not cause any traumatic eye injuries. And if you’re the one casting, always remember to look behind you!

Editor’s Note: The 36th Asia-Pacific Academy of Ophthalmology Virtual Congress (APAO 2021) took place from Sept. 5-11, 2021. Some reporting for this story took place during the event.