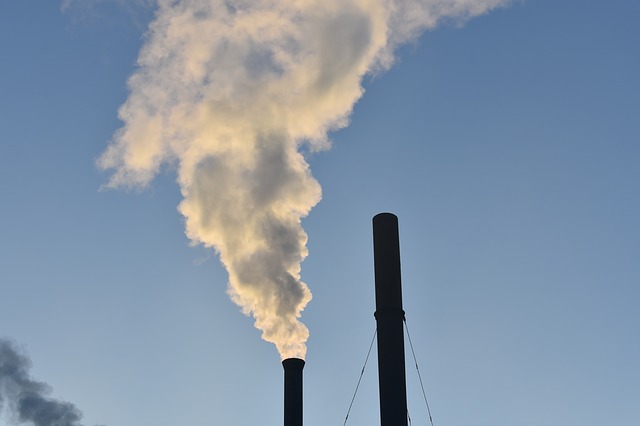 The detrimental effects of air pollution on overall health are well documented and understood — for example, little controversy remains when discussing the links between air pollution and respiratory health.

Perhaps less widely understood, however, is the link between air pollution and ocular health. The majority of the world’s population lives in urban areas and urbanization continues to accelerate, meaning more people live in polluted areas than ever before (1). The increasing role of air pollution in eye health demands more attention than it currently receives.

Air pollutants common to urban areas, especially carbon monoxide (CO), nitrous dioxide (NO2), ozone (O3) and particulate matter (PM) can have deleterious effects on the eyes. They can variously be responsible for dry eye disease and an increased occurrence of cataracts.

Carbon monoxide is linked to negative effects on eye health — both externally and internally.

A Taiwanese study showed that for every one part per million (ppm) increase in atmospheric CO, dry eye disease prevalence was raised by around 11% (2). Street-level carbon monoxide is often the result of motor vehicle traffic, so the link between traffic, pollution and dry eye is becoming more clear.

In addition to dry eye disease, carbon monoxide can lead to vision problems when inhaled at high levels (3). These problems can include blurry vision, light sensitivity and double vision. This is likely because carbon monoxide binds to hemoglobin, robbing eyes of the oxygen they need to function.

Nitrous dioxide can irritate the eyes in the same way as carbon monoxide. Each additional part per billion leads to around a 7% increase in dry eye occurrence. Nitrous dioxide is also produced by traffic as well as sources for heat or cooking, leading to indoor pollution.

Nitrous oxide, like carbon monoxide, was also linked to AMD to the tune of nearly double of those living in areas with low pollution.

Ozone is another common urban pollutant that leads to eye irritation. Ozone at the ground level is often the byproduct of sunlight striking NO2, which leads to ozone smog.

This smog can lead to eye irritation, inflammation and a decrease in the amount of tears produced (5). Ozone is quickly converted to a number of reactive oxygen species (ROS) which lead to degeneration of all exposed parts of the eye.

Particulate matter (PM) refers to fine dust in the air. It can be produced in a number of ways, though industrial and automotive sources are among the most common. Exposure to especially fine particulate matter (PM 2.5) has been linked to higher mortality rates across the board, and exposure affects the eyes as well.

For example, exposure to PM 2.5 has been shown to lead to a higher risk of glaucoma in patients. Most notably, exposure to PM 2.5 within the World Health Organization’s healthy guidelines of 10 micrograms/cubic meter led to a 6% increase in self-reported glaucoma (6). Many people live in areas with much higher PM 2.5 pollution than the guidelines, however. Future studies on the link between PM 2.5 pollution and glaucoma may show an increased risk of glaucoma from higher levels of PM pollution.

Seeing the Future of Air Pollution

With increasing urbanization and the clear link between air pollution and eye damage, it’s likely there will be further studies, which could lead to treatments and prevention. In the meantime, those in polluted urban areas will need to keep an eye on their vision and air pollution levels.