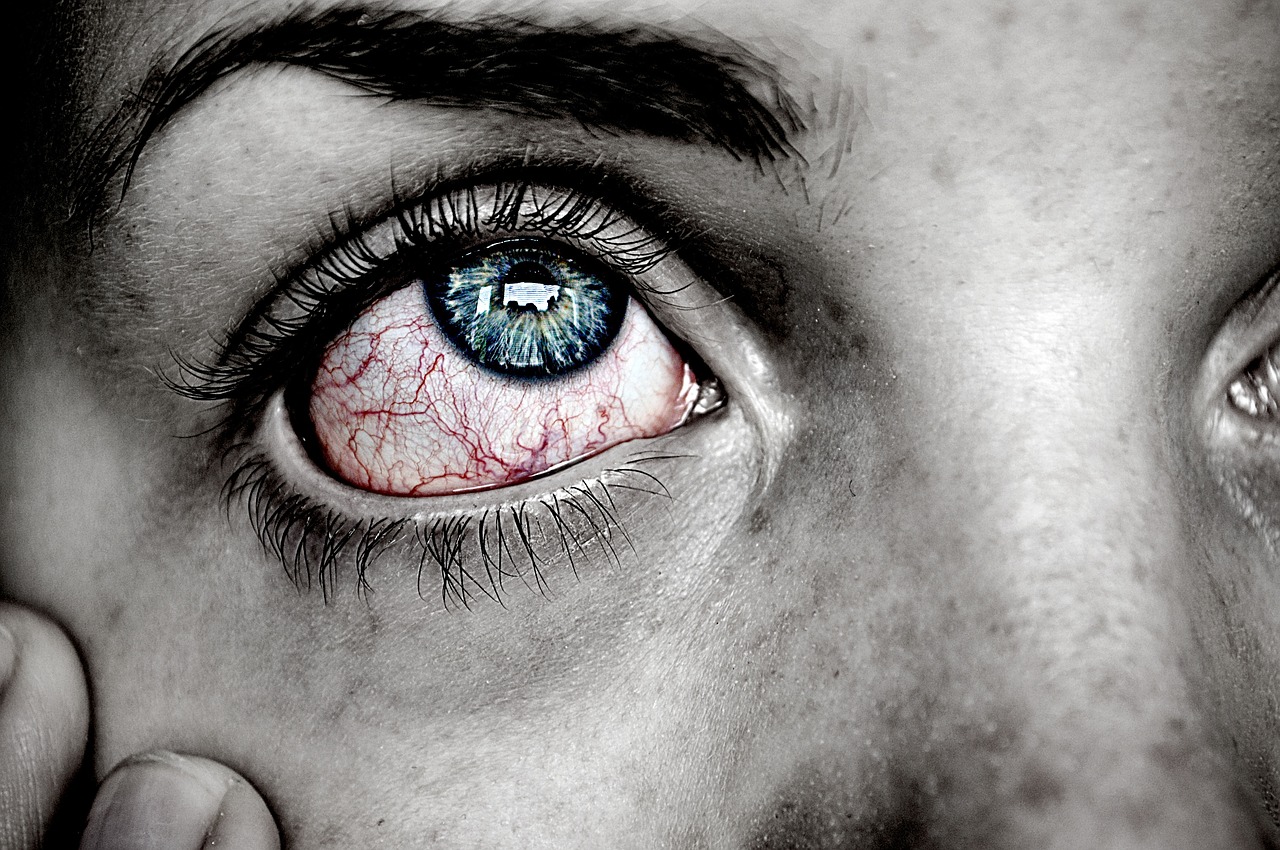 I’m going to start this article with a warning: Please, never ever go to sleep wearing your contact lenses. For most of you, this really shouldn’t be news, but sadly, far too many people out there are counting sheep in lenses.

Do you want keratitis? Cause that’s how you get keratitis.

Keratitis is a common yet completely avoidable eye condition. One of the primary risk factors is contact lens use, especially when the patients sleep while wearing them, hence our little public service announcement — but there are other causes too. Traumatic injury, viruses, bacteria and contaminated water are all proven to cause keratitis.

Keratitis is an inflammation of the cornea and may or may not be associated with infection. The noninfectious variety is primarily caused by minor injuries, wearing lenses for too long or during sleep, and from foreign bodies entering the eye. Infectious keratitis, on the other hand, is usually caused by bacteria, viruses, fungi or parasites.

Ever Get the Feeling that You Have Grit in your Eye?

The symptoms of keratitis usually start with mild to moderate pain in the affected eye. Subsequently, patients usually report redness, excessive tears, difficulty opening the eyelid, blurred or distorted vision, sensitivity to light, and a feeling of grittiness in the eye. Patients are advised to seek medical assistance as soon as any of these symptoms appear.

When caught at the early stages, keratitis is a relatively minor condition and is usually treatable with eye drops, ranging from artificial tear drops to antibiotics. If left untreated, however, the outcome can be much more severe. Keratitis can cause blindness in rare cases — usually this can be avoided with a corneal transplant. However, in some cases the removal of the eye is the only treatment option.

Keratitis is like a crystal with many facets, a common condition with a number of causes. You might therefore expect that in most countries, the most common causes of keratitis would remain the same, but this isn’t the case. The risk factors and causes of keratitis can vary considerably between countries and regions, something that was highlighted at the recent 37th World Ophthalmology Congress (WOC2020 Virtual®).

The Diagnosis and Treatment of Corneal Infection session focused on keratitis and its various causes. According to the session’s panel, led by respected Japanese ophthalmologist Prof. Shigeru Kinoshita, every country has its own keratitis profile. For example, it was reported that contact lenses were the greatest risk factor for keratitis in Singapore, conversely, it was ocular surgery in South Korea.

Trouble out in the Tropics

Infectious keratitis is often highly influenced by the climatic conditions where the patient lives. A group of researchers published a paper in the Annals of Climate Microbiology and Antimicrobials on a Comparison of Fungal and Bacterial Keratitis between Tropical and Subtropical Taiwan.1 The researchers studied 297 patients with suspected microbial keratitis from both tropical and subtropical Taiwan. A fungi to bacteria rate (FBR), the number of fungi divided by bacteria identified, was determined to estimate the prevalence of fungi and bacteria.

The conclusion of the paper was that the identification rate of fungus was higher in tropical Taiwan than in subtropical Taiwan. This would account for its relatively high prevalence in India, as much of the country similarly has a tropical climate. This isn’t the whole story however.

The risk factors for the condition also differ due to a country’s economic condition, as much as the climate. In developing countries, or countries with large numbers of people living below the poverty line (like China, the Philippines and India), corneal trauma is the main risk factor for keratitis. However, in developed nations like Japan and Singapore, wearing contact lenses is the main risk factor.

According to Bacterial Keratitis: Predisposing Factors, Clinical and Microbiological Review of 300 Cases,2 which examined the prevalence and type of keratitis in France, contact lenses were the main risk factor. A total of 300 patients were examined and contact lenses were found to be the cause of infection in 50.3% of cases. Compare this with ocular surface diseases, which were present in 21% of cases, and acute corneal trauma (abrasion, laceration, penetration) in 15% of cases.

East Isn’t the Same as West

There are also clear differences at the macro level, where we can compare global zones with countries. Infectious keratitis, (i.e., not caused by contact lenses or other trauma), is relatively rare in Western countries like France. In comparison, both infectious and traumatic keratitis are widespread across the East Asia region.

Keratitis is particularly prevalent in East Asia, so much so in fact, that it can be classified as endemic. This is according to The Persistent Dilemma of Microbial Keratitis: Global Burden, Diagnosis, and Antimicrobial Resistance,3 which also reports that there are two million cases of the disease per year. The combination of tropical climates, high infection rates in developing countries in East Asia, and the proliferation of contact lenses in more developing countries accounts for this trend.

Keratitis therefore is a condition that warrants further investigation by clinicians and industry people alike, as the large number of patients represents a considerable business opportunity. While more research is carried out into keratitis, we will leave you with one parting note: Take your contract lenses out at night while you’re sleeping!