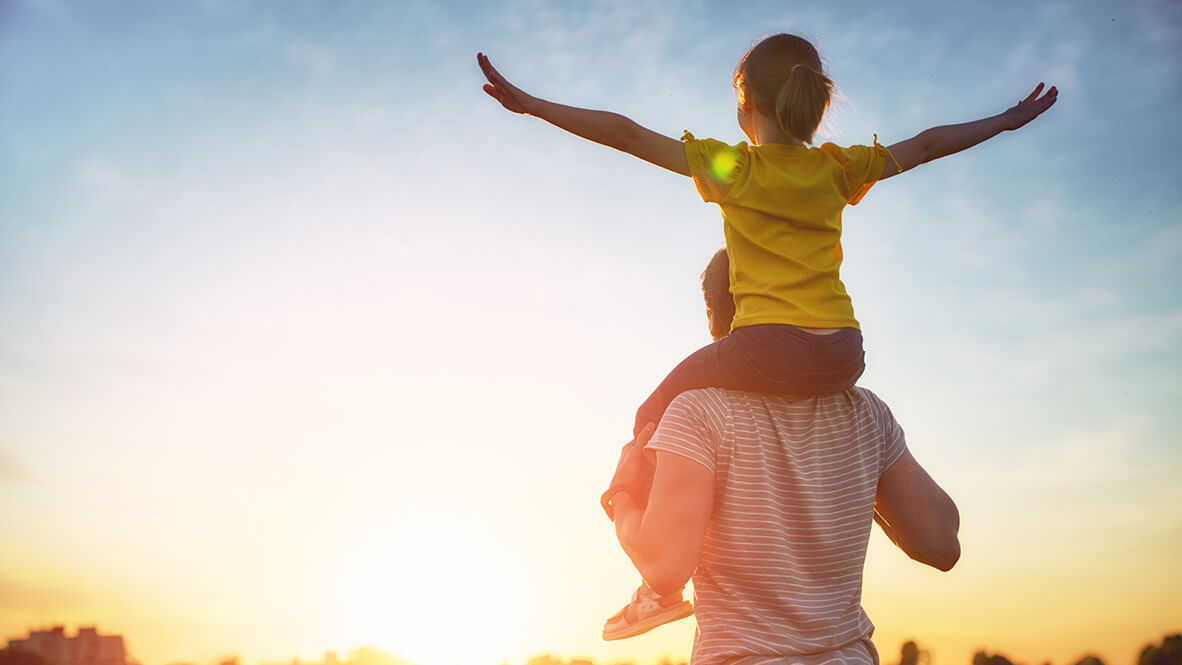 To treat glaucoma, surgical intervention is often required to lower intraocular pressure (IOP) when therapies, like topical eye drops, do not produce the desired results. However, the standard surgeries for treating glaucoma, such as trabeculectomy and tube shunt implantation, are major and invasive procedures. And while they are effective, they can also result in serious complications.

Therefore, when it comes to ophthalmic surgical procedures, the less invasive, the less chance of sight-threatening adverse events. In recent years, micro-invasive glaucoma surgeries – or MIGS – are gaining popularity in the treatment of patients suffering from open-angle glaucoma (OAG). These procedures generally provide improved safety and mild-to-moderate IOP reduction and help fill the gap between topical medications and aggressive surgery.

Dual blades for twice the precision

During the procedure, the KDB’s distal tip pierces the TM and enters Schlemm’s canal. As the instrument is advanced along Schlemm’s canal, the TM is elevated on the KDB ramp and guided toward two parallel blades. Unlike a standard goniotomy knife that simply incises the TM (leaving contiguous anterior and posterior flaps), the KDB excises a strip of TM – which leaves a direct opening for aqueous to pass from the anterior chamber into Schlemm’s canal. Thus, goniotomy with KDB removes diseased tissue at the site of aqueous outflow obstruction, restoring the natural aqueous outflow pathway without the formation of a filtering bleb.1

Dr. Syril Dorairaj, a professor of ophthalmology and consultant in glaucoma and cataract surgery at Mayo Clinic, Jacksonville, USA, said the major benefit of the KDB is its precision. “The Kahook Dual Blade, by design, has the distinct advantage of a cleaner and more precise ab-interno trabeculectomy. The basic design of the device allows precise excision of the diseased trabecular meshwork, while minimizing damage to the surrounding tissues, thereby reducing complications and ensuring a faster recovery,” he explained. “There are published comparative data which shows that KDB reduced IOP significantly with fewer adverse events.”

Additionally, the unique design of the blade allows surgeons to perform goniotomy as a stand-alone procedure, during cataract surgery, or on pseudophakic patients. And as with any procedure, patient selection is crucial for positive outcomes.

“Published data shows that KDB has a distinct advantage in both open angle and closed angle glaucoma of varying severity,” said Dr. Dorairaj.

Cataract and glaucoma: when comorbidities collide

Frequently, cataract and glaucoma coexist – and as the population ages, these comorbidities are expected to rise. As a result, the combination of phacoemulsification and MIGS is becoming increasingly used in glaucoma management.

In 2018, a paper published in Advances in Therapy1 by Dr. Dorairaj and colleagues, described the 12-month efficacy and safety of goniotomy performed using the KDB in combination with cataract surgery in eyes with medically treated OAG.

Meanwhile, at month 12, 57.7% of eyes had IOP reduction ≥ 20% from baseline, and 63.5% were on ≥ 1 fewer IOP-lowering medications. The authors reported that in a subgroup analysis, 84.6% of eyes with lower mean baseline IOP were using ≥ 1 fewer medications at month 12, and 100% of eyes with higher mean baseline IOP had IOP reductions ≥ 20%. They found that the most common postoperative adverse events were pain/irritation (n = 4), opacification of the posterior lens capsule (n = 2) and IOP spike > 10 mmHg (n = 2). These events were not sight threatening and typically resolved spontaneously.

This led the investigators to conclude that phacoemulsification with goniotomy using the KDB significantly lowers both IOP and dependence on IOP-lowering medications in eyes with OAG – and these results compare favorably with other MIGS procedures. Another study published in 2019 in Clinical Ophthalmology2, described the six-month rates of achieving target IOP (without requiring additional glaucoma surgery) after excisional goniotomy using the KDB combined with phacoemulsification (phaco-KDB) in patients with severe-stage glaucoma.

This retrospective review included 42 eyes with severe glaucoma, including primary and secondary open-angle, as well as combined-mechanism glaucoma. The primary outcome was the proportion of patients achieving IOP ≤15 mmHg without additional glaucoma procedures, while secondary outcomes were mean change in IOP, reduction of glaucoma medications, additional glaucoma procedures needed and adverse events.

The investigators reported that preoperative baseline mean IOP was 17.1±4.8 mmHg (mean ± SD) and number of medications was 2.4±1.3. At six months, they found that 64.3% (27/42) of eyes had achieved IOP ≤15 mmHg without additional glaucoma procedures, 45.2% (19/42) reached this target IOP on fewer medications, and 31.0% (13/42) on no medications. Overall, the mean IOP reduction was 2.1 ± 4.67 mmHg (P=0.022), and the mean medication reduction was 1.2 ± 1.4 (P≤0.001). Complications and the need for additional procedures were rare, with three eyes experiencing visually significant complications and requiring additional IOP-lowering procedures within six months of surgery.

The authors concluded that patients with severe-stage open-angle glaucoma achieved significant IOP and medication reductions following phaco-KDB – and notably, about two-thirds of eyes achieved an IOP of ≤15 mmHg at six months without additional glaucoma procedures. Overall, they found that “phaco-KDB may be an effective and safe alternative to more invasive filtering surgery in many patients with severe glaucoma”.

Goniotomy with KDB: A beginner’s guide

For doctors in the early stages of performing KDB goniotomy with phaco, Dr. Dorairaj has a few tips. According to him, one of the major guidelines is a perform a gonioscopic evaluation on all patients to understand the anatomy of the angle structures in the preoperative evaluation.

Next, he said, is to practice direct gonioscopy to visualize the structures preoperatively, and to be comfortable with hand movements and also the patient’s head and eye movements.

“Additionally, inform all patients on what to expect during surgery and postoperatively,” he continued. “Most cases of postoperative hyphemia will resolve in less than a week without any additional interventions.”

MIGS innovations in treating glaucoma, like the KDB, have not only translated to faster recovery times, but they’ve also opened doors for comprehensive ophthalmologists to treat mild to severe glaucoma surgically.

“However, the outcomes of these surgeries are entirely dependent on the precision of the surgery. To ensure success, it is important to understand the anatomy of the angle and to perform a thorough postoperative exam by gonioscopy and imaging in cases of bad outcomes,” Dr. Dorairaj concluded, adding that the long-term safety and efficacy of these procedures remain to be validated. 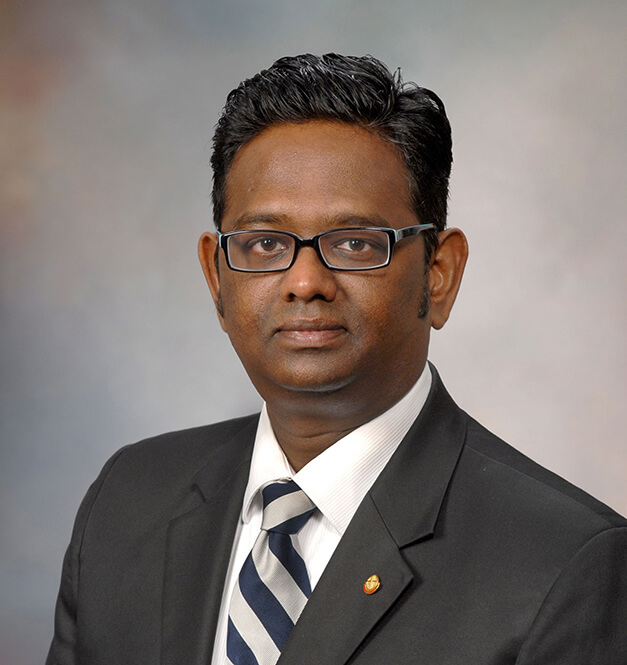 Dr. Syril Dorairaj is a professor of ophthalmology and consultant in glaucoma and cataract surgery at Mayo Clinic, Jacksonville, USA. He is one of the pioneers in minimally invasive glaucoma surgeries and has done extensive research on understanding the biomechanical aspects of glaucoma especially angle closure. A graduate of Bangalore Medical College, India, Dr. Dorairaj did his residency at the New York Eye and Ear Infirmary of Mount Sinai, New York, and glaucoma fellowships at the New York Eye and Infirmary and University of California, San Diego. He has presented over 100 instructional courses and over 300 lectures worldwide, and has been an invited speaker and chaired sessions at national and international conferences. He has co-authored over 200 peer-reviewed publications and abstracts, over 50 book chapters and editorials, and a book on glaucoma management. He has mentored over 25 fellows and residents. Dr. Dorairaj is a recipient of achievement awards from the American Academy of Ophthalmology and Asia-Pacific Academy of Ophthalmology. Email: syrildorairaj@gmail.com.