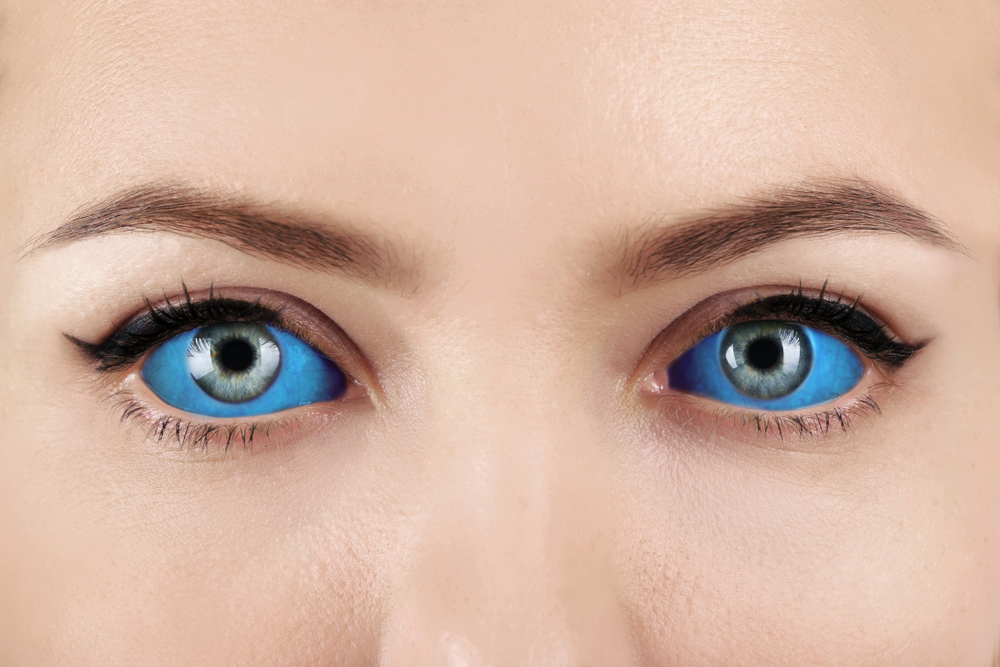 For the older generation of Media MICE readers (though we’re sure you’re young at heart), the modern popularity of tattoos amongst the younger generation must have come as something of a shock. Previously, the preserve of underground subcultures, criminals and sailors, tattoos are now very much part of the mainstream. Indeed, several MICErs on the writing staff have tattoos — including the author of this article, who has several of them.

If you think, however, that tattoos are purely a product of modernity, then think again. In fact, they are as old as time and frequently appear in ancient artwork and on the bodies of people from eons ago. Cultures as far afield as the Americas, the Eurasian Steppe and the islands of Polynesia have used tattoos to mark social status, tribal identity or a number of other social factors. Arms, torsos, legs, and even faces with tattoos are not unusual according to the historical record. What is notably absent, however, is the presence of eye tattoos. (And perhaps for good reason?!)

Imagine Getting Your Eye Tattooed…

Yes, eye tattoos. We hope that didn’t make you spit out your tea — but eye tattoos have become more common amongst the practitioners of extreme body modification (this group of people can often be spotted sporting alterations like split tongues, pointed ears and more). For sure, getting one’s eyes tattooed remains rare amongst the general public — and although you may be unlikely to encounter someone who has undergone this modification — but the trend is out there. So, naturally, the Media MICE team became interested in this subject and we came across an interesting study into the phenomenon.

Dermatological and Ophthalmological Inflammatory, Infectious, and Tumoral Tattoo-Related Reactions: A Systematic Review* is as the name suggests, a study into the effects of tattoos on the body —  and it also offers particular insight into ocular tattoos. Authored by researchers based at a number of instructions in Bogota, Colombia, the review examined 104 studies primarily from Europe and North America, but also from other continents. It looked at 52 case reports, 21 cross-sectional studies, 20 case series, 10 case-control studies, and 1 cohort study. Eighty-six studies described skin tattoos, of which seven were publications about eyebrow tattoos and six of eyelid tattoos, and five articles included cases of subconjunctival tissue.

Naturally, we’re going to focus on the ocular tattoos for this article — and it should come as no surprise that the Colombian researchers found that subconjunctival tissue tattoos are associated with significant comorbidities. This is because the eye is an “immunologically privileged organ that reacts with different inflammatory processes in the face of an immunological affront.” Despite this fact, the popularity of such tattoos has grown, and they are delivered via the application of some type of pigment directly under the bulbar conjunctiva of the eye with a needle.

What color would you go for?

Intraocular pigments (also called episcleral tattoos) have been associated with considerable short and long-term complications secondary to this practice, possibly due to the lack of standardization on the type of pigments, the technique, and the appropriate personnel to perform it.

The most common include proptosis, deposits of pigment in the conjunctiva, corneal endothelium, iridocorneal angle, iris and anterior capsule of the lens and vitreous; inflammatory processes such as nodular episcleritis, chemosis, anterior nongranulomatous uveitis and hypopyon; as well as cataract, secondary glaucoma, vitritis, serous retinal detachment associated with vitreoretinal proliferation, and choroidal detachment. The Colombian researchers reported that these issues can trigger endophthalmitis and blindness — and could even require the enucleation of the organ — given the severity of the immune response that occurs in these tissues.

The study concludes, rather wisely, that ophthalmologists should be aware of the severe damage caused by even small amounts of tattoo ink on the skin and in the eyes, thus requiring strict regulations for its use. Indeed, if ocular tattoos have to happen (as they’re not recommended) the researchers stated that such procedures should be performed using a surgical microscope and in sterile conditions with trained medical personnel.

However, they rightly pointed out that more evidence and research are required, so please, in the meantime, don’t get your eyeballs tattooed.