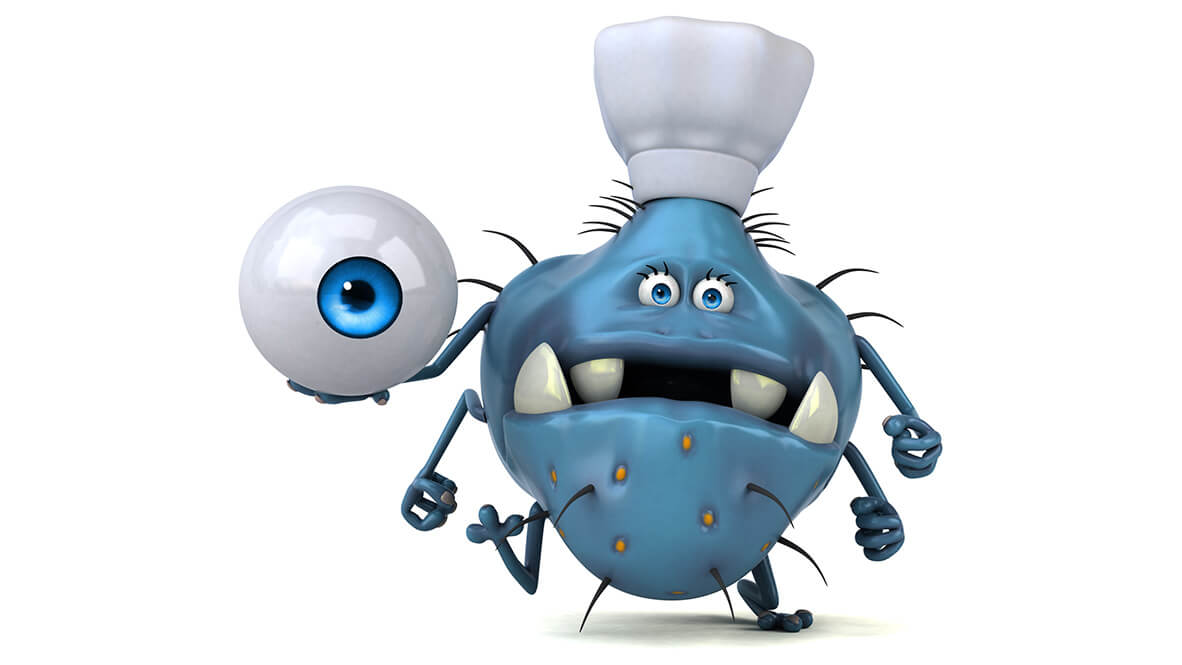 There’s a delicate balance to managing ocular infections; some would say it’s like walking on a tight rope, with one end aflame. The biggest feat is selecting the correct treatment to combat a specific infectious pathogen – at efficacious, yet nontoxic doses – while also not contributing to the very real threat of antimicrobial resistance.

Save the eye. Save the world. And don’t get burned. It’s all in a day’s work for ophthalmologists, whose superpower is less about defying death in this case than being super-antibiotic savvy.

Bacterial resistance is a well-recognized and ongoing problem across all infectious diseases. However, it presents a particular concern among ocular infection pathogens. Although antibiotic treatment can certainly improve outcomes for ocular infections, treatment selection can be complicated and the tolerable margin for treatment failure is very small. And due to the misuse and overuse of antibiotics, there is an increase of failure in previously efficacious treatments and a rise in antimicrobial resistance worldwide.

Sharing his insight into optimizing antibiotic use in the face of resistance, Prof. Tan said that we [doctors] need to be more careful with antibiotics use.

“When initially faced with an infectious eye, select a broad-spectrum antibiotic or series in order to cover a range of organisms, both bacterial and fungal,” he explained, adding that acting quickly is key. “It is important to quickly identify the organisms – decide as soon as possible which organism it is you are treating, then modify your approach depending on organism and resistance patterns.”

ACSIKS captured clinical data from more than 6,600 eyes from several key academic and tertiary centers in countries including Singapore, India, China, Japan, Korea, Taiwan, Thailand, Philippines and Hong Kong. Investigators found that the demographics and risk factors, as well as the types of treatment resistance in infectious keratitis organisms, were quite variable across geographic areas. For example, wearing contact lenses was the greatest risk factor for infectious keratitis in Singapore (68.2%), Taiwan (43.3%) and Japan (25.6%); and the most commonly isolated organisms were Fusarium species and Pseudomonas aeruginosa, while a country like India, had very little contact lens-related infections.

Prof. Tan explained that when selecting the right broad-spectrum treatment, it can be helpful to investigate what has been reported in the geographic data.

However, he cautioned: “One of the problems in Asia is the generation of comparative data, as many localized studies from different parts of the world may not use comparable methodology and definitions, such as microbiology laboratory reports. Laboratory investigations can vary; the sensitivity and specificity are different, making it difficult to compare and draw conclusions.”

Additionally, he said that there can be differences and variations in geographical data – and in some cases, this can help determine when to use common antibiotics: “In some less developed countries, such as India, China or the Philippines, there are more fungal infections. Singapore and Taiwan have high contact lens usage, and therefore more contact lens-related infections.”

Resistance to current treatments is a result of either inappropriate dosing or suboptimal dosing, as bacterial flora can modify and develop resistance with incorrect usage. Prof. Tan provided an example: “In chronic ulcers or corneal transplants, topical steroids are used heavily . . . and as we taper, many surgeons will also use antibiotics as part of their tapering method. Topical steroids are tapered because a sudden cessation may cause rebound inflammation to recur, but a common misuse is to taper the antibiotics in tandem, leading to suboptimal antibiotic dosing. In general, most antibiotics require dosing at least three or four times daily to maintain a minimal inhibitory concentration (MIC), and doses should not be tapered below this frequency, because a) the antibiotic will no longer be effective, and b) this clearly can lead to the development of resistance.”

Back to the balancing act

The higher drug concentration in the tissues, the more effective it is at combating infectious microorganisms. Topical ocular antibiotics may quickly deliver high concentrations at the corneal surface; however these can be rapidly diminished by reflex tearing following instillation.

Careful review of PK-PD studies, getting back to basics, and understanding the fundamental concepts of PK-PD is key, and this has to be titrated against potential toxicity from high dose treatment. Achieving the perfect balance all comes down to drug potency versus toxicity; meaning the amount of the drug or specific dose required to achieve the desired clinical response, compared to its potentially toxic effects on the cornea. The ideal antibiotic will have a high therapeutic index, which means a drug needs to have low toxicity so that it can be used at higher concentrations. So how do we get there?

PK/PD parameters are used to optimize antimicrobial dosing and to produce the maximal effect with minimal toxicity. PK/PD is also used to determine breakpoints, which are the criteria used to determine the MIC of the isolate. Usually the ‘susceptible’ breakpoint is the highest MIC at which the PK/PD efficacy target is achieved in a percentage of the population (often 90%) when standard dosing is used.

“Even if an organism is relatively resistant (i.e. intermediate resistance), clinical treatment may still be effective by modifying treatment to ensure very high doses are achieved at the site of infection. So if you can achieve, say, 5x the MIC level, then the drug may still be clinically effective. This is why sometimes clinicians see a positive response to treatment with an antibiotic which is reported by the lab to have ‘intermediate resistance’,” he explained.

Relative penetration of the antibiotic into tissues is also important to efficacy. Prof. Tan explained: “If the antibiotics don’t penetrate into the eye well, the actual clinical efficacy deteriorates. Ciprofloxacin is very good against Pseudomonas but it does not penetrate well, leaving a white deposit that precipitates on the eye surface. As opposed to newer drugs that are more soluble, and can therefore treat deeper infections, and even enter through the cornea into the anterior chamber to treat intraocular infections.”

Therefore, he said doctors must determine if the antibiotic’s concentration level is reached in the target tissue. “When trying to prevent infection inside the eye – and to reduce the risk of endophthalmitis – there needs to be a post-op period when the drug concentration in the anterior chamber is higher than MIC levels of most organisms,” Prof. Tan said.

When selecting which antibiotic to use, Prof. Tan said it depends on relative penetration and concentration.

“Antibiotics dosed at 1.5% are better than 0.5% in terms of concentration, but the relationship is not linear. In some cases, you see a good response, but the lab report says the organism is resistant,” he said. “Resistance doesn’t mean the drug is not working, it just means you are not getting above the MIC . . . but you can with higher concentrations – by increasing relative concentration by dosing every hour, you can manage to get above MIC level. MICs for some organisms are a bit lower with newer fluoroquinolones [such as gatifloxacin and moxifloxacin], but that is mitigated by the fact that you get 3x the concentration with levofloxacin.”

This is a common assumption, but it’s not always the case. As we go up in generations, there is more coverage of gram-positive organisms (e.g., fluoroquinolones like moxifloxacin and gatifloxacin were developed because they were effective against a larger range of organisms), but more frequent use of newer drugs can lead to resistance patterns, which can lessen efficacy.

In some regions, older antibiotics like polymyxins are being used again for their high efficacy and low resistance patterns, and interestingly the ACSIKS data suggests that these older antibiotic are still very effective, and have lower resistance overall.

“Even though higher generation fluoroquinolones were developed to enhance the efficacy against gram-positive organisms, we still sometimes use ciprofloxacin today because it’s potent against gram-negative organisms,” he said. “Another example is comparing moxifloxacin with levofloxacin. Moxifloxacin may cover one or two organisms better but it’s only available in lower concentrations; whereas levofloxacin has a 0.5% and a higher 1.5% dose . . . so, it may turn out that in practice, 1.5% levofloxacin is more effective because a higher concentration is more easily achievable at a lower dosing frequency.”

Regarding high dose fluoroquinolones, Prof. Tan said that 1.5% levofloxacin is a paradigm shift.

“It’s a high dose – and even when used at frequent dosing intervals, it’s the least toxic among higher dose fluoroquinolones, and it’s also preservative free, which is much better,” he said. “If you use 1.5% levofloxacin every hour, it’s very effective. The standard approach for very severe corneal infections is to use fortified antibiotic concentrations which are not commercially available, but will need to be compounded. These include fortified aminoglycosides like gentamicin and tobramycin, vancomycin, cefazolin, among others, in very high concentrations, and at a high dosing frequency such as hourly application on a 24-hour basis for several days, until the infection begins to resolve. This approach often also results in high ocular surface toxicity with irritation, inflammation and ocular surface cell damage. This is also expensive to compound properly, and is only available at major centers with specialized compounding pharmacies, and the alternative would be preparing these concentrations in the clinic, which is less optimal. Now that we actually have a commercially available high concentration, broad spectrum antibiotic like 1.5% levofloxacin in an unpreserved formulation, this may change our approach significantly.” 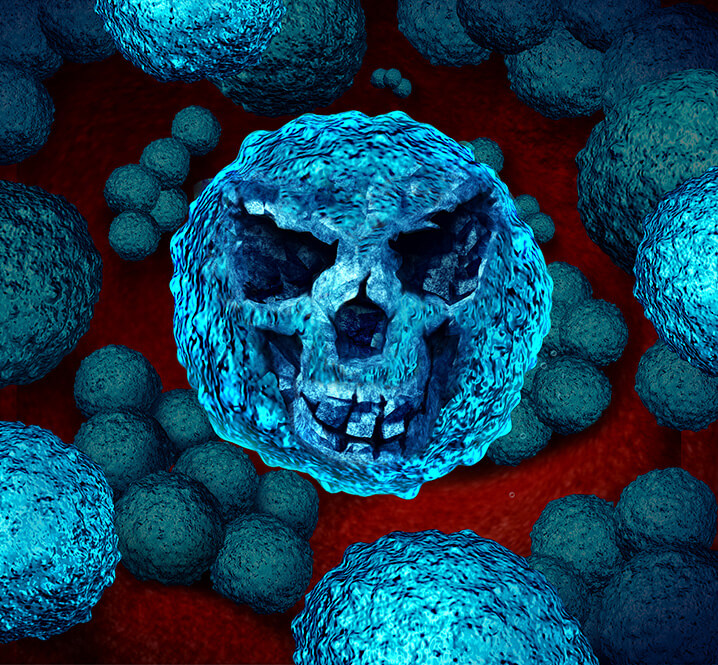 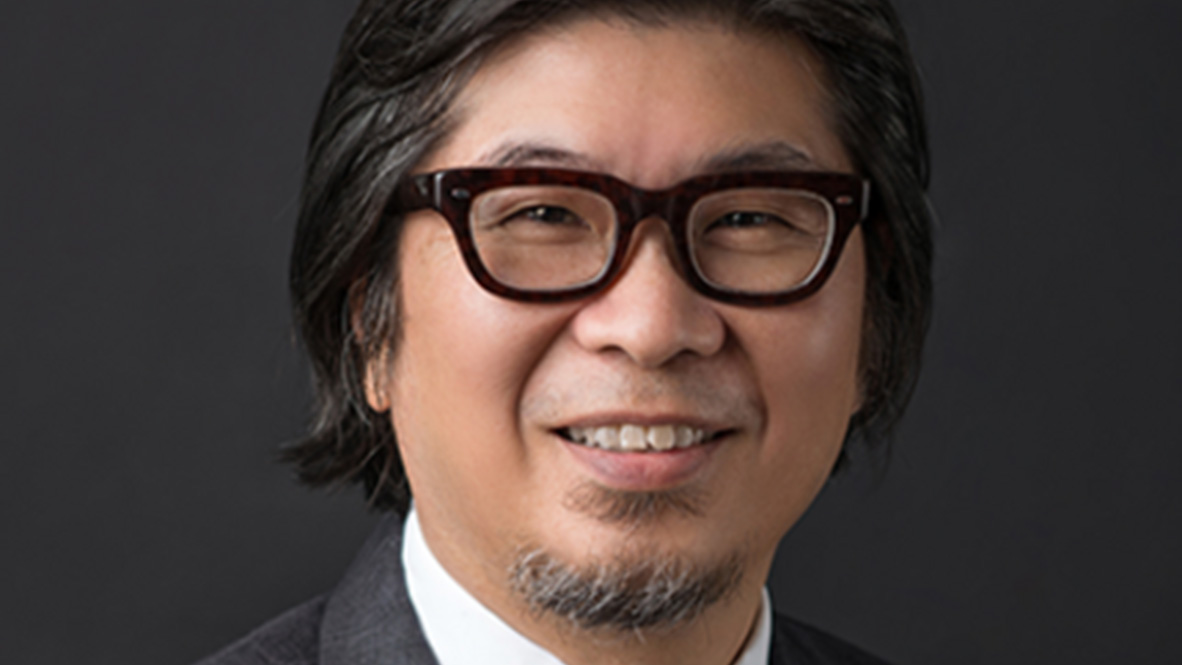 Prof. Donald Tan is adjunct professor in ophthalmology and senior advisor of the Singapore National Eye Centre (SNEC), and the Duke-National University of Singapore Medical School Ophthalmology and Visual Sciences Academic Clinical Program; and medical director of the Singapore Eye Bank. Involved primarily in clinical and translational research in cornea, refractive surgery and myopia, he has published more than 350 peer-reviewed articles and contributed over 20 book chapters. He holds 13 patents in stem cell culture, myopia prevention, refractive corneal implants and surgical devices for endothelial keratoplasty, and has trained 28 corneal fellows from 14 countries. He is the recipient of more than 20 awards, which include the 2009 AAO and International Society of Refractive Surgery (ISRS) Casebeer Award, the Australia and New Zealand Corneal Society 2011 Doug Coster Award, the Canadian Society of Ophthalmology 2011 Bruce Jackson Award, the 2012 European EuCornea Medal, the 2013 Albrecht von Graefe Innovator’s Award, the 2015 ASCRS Binkhorst Medal Lecture, the 2015 CLAO Richard L. Lindstrom, MD Lecture, the 2017 Donders Netherlands Ophthalmology Society Medal, the 2017 APAO Jose Rizal Medal, the Fuchs Society Charles Tillet 2018 Lecture, and the Canadian Society of Ophthalmology 2019 Bruce Jackson Award. In 2007, Professor Tan formed the Asia Cornea Society (ACS) and continues today as the President. In 2012, Professor Tan became the first international President of the US-based Cornea Society. In 2018, he was voted as #1 on the top 50 Power List of global ophthalmologists by the UK-based Ophthalmologist journal. He currently serves as an International Trustee-at-Large for the Board of Trustees of the American Academy of Ophthalmology, and continues to train corneal specialists at SNEC, and conducts clinical and translational research in SERI, while juggling an active clinical practice. Email: donald.tan.t.h@singhealth.com.sg