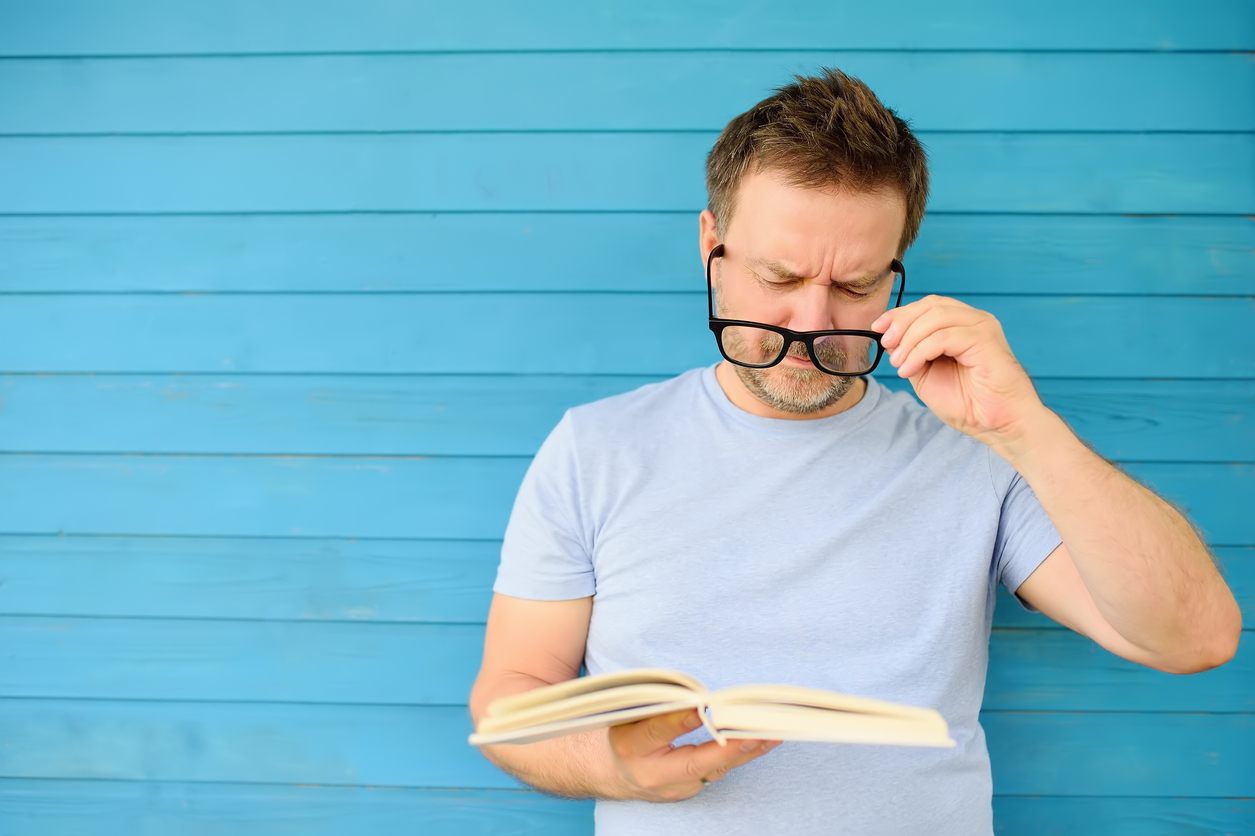 There are many aspects of the aging process that we find troubling, ranging from the irritating to the terrifying. Our hair turns grey, we become forgetful, increasingly sedentary, and gain weight. Our eyesight also begins to fade, in one way or another.

The onset of vision loss and the increasing difficulty we face in focusing on near objects  is an accepted part of growing older. This condition, presbyopia, has long been accepted as a normal part of our life cycle. But what if it did not have to be? What if it could be mitigated or avoided altogether?

Originating from the Greek term for “old eye,” presbyopia is the gradual degradation of the eye’s ability to see things clearly up close. In youth, the eye’s lens is soft and flexible but as it ages it becomes harder and less flexible, making it more difficult to focus on objects that are close up or intricate, like reading a book or threading a needle.1 One classic giveaway of a presbyopic patient? Holding a book at arm’s length to read.

Not All Vision Loss Is the Same

An important distinction to make is that presbyopia is not the same condition as hyperopia, nor the converse of myopia. Hyperopia is when an irregularly-shaped eye prevents light from properly lining up with the retina, which makes it difficult for the eye to view objects up close. Hyperopia and myopia both occur independently of the aging process, whereas presbyopia only occurs due to the natural degradation of the lens.

This means that while presbyopia is entirely natural, it’s also somewhat more difficult to counteract. Ophthalmologic correction has generally focused on mitigating the impact of the condition via eyeglasses or IOLs. Refractive surgery, the manipulation of the cornea, has also been used to good effect as well.2

Intraocular lenses (IOLs), traditionally used in cataract, are increasingly being used to treat presbyopia. There are three primary types of IOLs used to correct presbyopia. These are multifocal IOLs, accommodating IOLs and extended depth-of-focus (EDoF) IOLs.

A paper titled Intraocular Lens Correction of Presbyopia found that multifocal IOLs (compared to monofocal IOLs) were associated with higher rates of spectacle independence — but also with higher rates and severity of symptomatic glare, as well as reduced contrast sensitivity. Within the multifocal genre, diffractive compared to refractive IOLs tended to have better near vision and a lower rate of symptomatic glare. EDoF IOLs, compared to diffractive multifocal IOLs, demonstrated equal or superior intermediate visual acuity.3

Of Lasers and Lenses

Dr. William Trattler is an ophthalmologist based in Miami, Florida, and specializes in refractive, corneal and cataract surgery at the Center for Excellence in Eye Care. Dr. Trattler is an enthusiastic proponent of IOLs for the treatment of presbyopia and implants a number of IOLs each year. In his experience, IOLs are the best solution for many patients with presbyopia.

“IOLs are the most effective treatment for patients over 40 presenting with presbyopia — especially those with a history of hyperopia. IOLs are safe and highly effective at improving the vision of most patients suffering from presbyopia,” Dr. Trattler said.

IOLs for presbyopia account for a significant portion of the 800 implantation surgeries Dr. Trattler performs on average, annually. He reports considerable patient satisfaction with IOLs designed to treat presbyopia, while recognizing that other patients require other techniques. For example, Dr. Trattler prefers to use refractive surgery for presbyopic patients with a history of myopia.

LASIK and other laser-based technologies for presbyopia can be effective in some cases, in particular, to balance patient vision by ensuring one eye focuses on depth, the other, on distant objects. However, overall, IOLs are the most commonly used and most valuable tool to counteract the effects of presbyopia for the time being. There are considerable developments on the horizon too.

A number of pharmaceutical companies are currently developing eye drops designed to treat presbyopia. While these products remain in development, they are likely to prove widely popular if approved as they are non-invasive and easy to administer. These proptypes come in two forms.

The first is a miotic eye drop that is designed to change the size of the pupil in a pinhole effect. Three companies, including Allergan (Dublin, Ireland) are currently developing this type of eye drop. The second variety is a softening eye drop which allows the lens to regain flexibility so that the eye can better focus on near objects. This eye drop, titled UNR844, is being developed by Novartis (Basel, Switzerland).4

With the advent of improved eye drops, in addition to high quality IOLs, presbyopic patients are likely to experience increasingly improved outcomes. This is good news during a year that could sorely use some. And, as one-third of Americans suffer from presbyopia, this is a remarkable financial opportunity.

1. The American Association of Ophthalmology. What is Presbyopia? Available at https://www.aao.org/eye-health/diseases/what-is-presbyopia. Accessed on October 16, 2020.

4. The American Association of Ophthalmology. Could Eyedrops Replace Reading Glasses? Available at https://www.aao.org/eye-health/news/could-eyedrops-replace-glasses-presbyopia. Accessed on October 16, 2020. 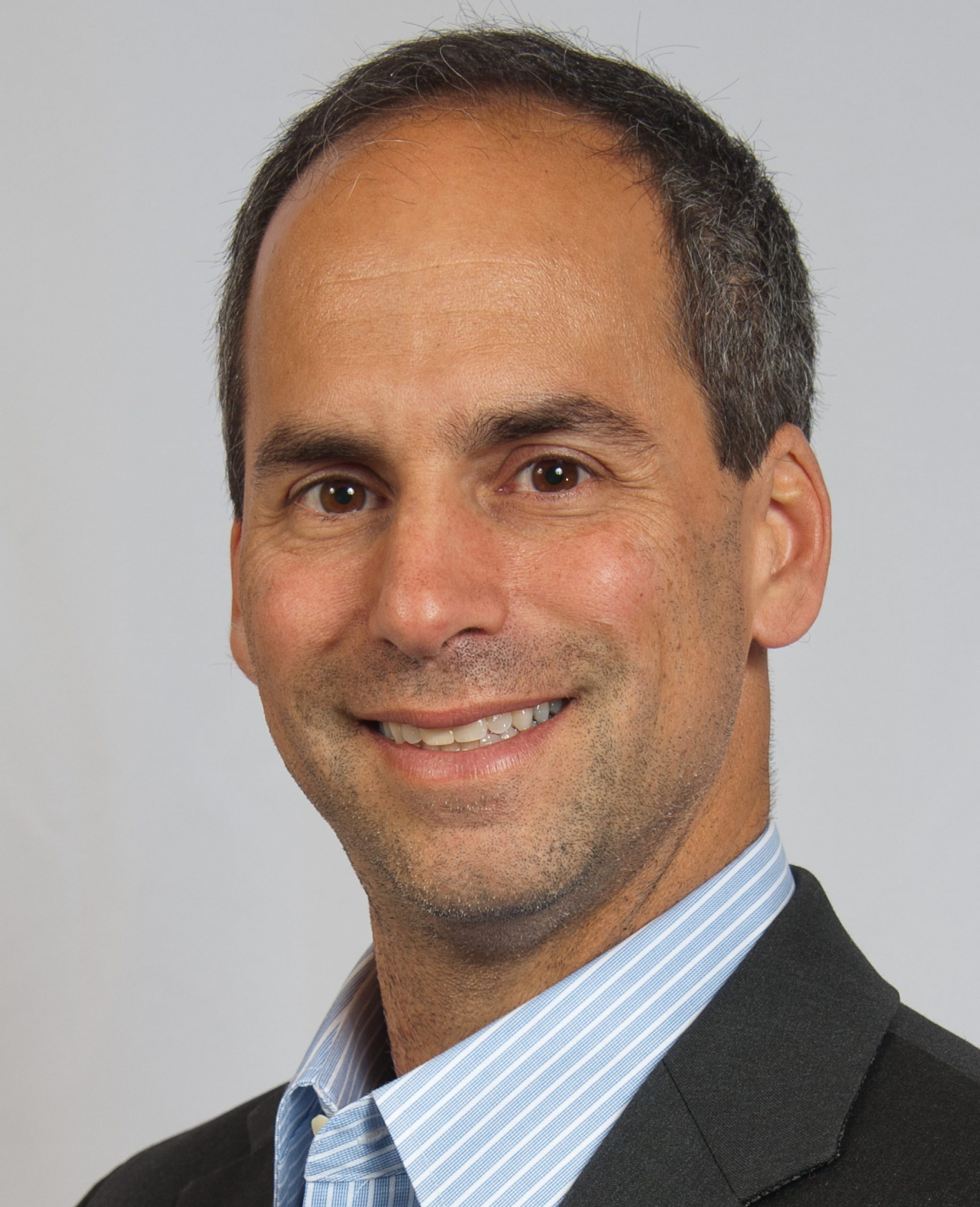 Dr. William B. Trattler, M.D. is a refractive, corneal and cataract eye surgeon at the Center For Excellence In Eye Care in Miami, Florida, USA. He performs a wide variety of cataract and refractive surgeries, including PRK; all laser LASIK; no injection, suture-less cataract surgery; as well as laser cataract surgery. He has been an investigator for next generation technologies (like the Tetraflex accommodating intraocular lens) and procedures like corneal collagen crosslinking (CXL). His involvement in the FDA-approval study for CXL led to its approval in 2016. In addition to his private practice, Dr. Trattler is on the Volunteer Faculty at the Florida International University Wertheim College of Medicine, as well as the University of Miami’s Bascom Palmer Eye Institute. He is board certified by the American Board of Ophthalmology and has been an author of several articles and abstracts. In 2016, Dr. Trattler received the Catalyst Award in Advancing Diversity in Leadership from the Ophthalmic World Leaders (OWL), an association of interdisciplinary ophthalmic professionals dedicated to driving innovation and patient care by advancing diversity in leadership. [Email: wtrattler@gmail.com]