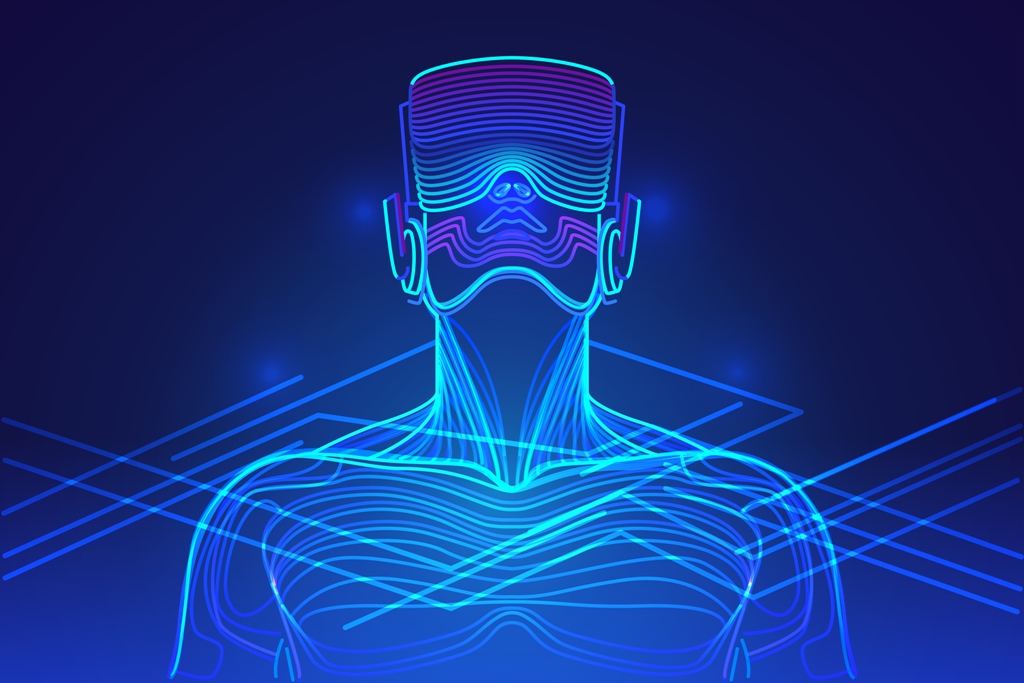 It’s been 25 years since Jamiroquai’s hit single Virtual Insanity hit the airwaves. If the tune just jumped into your head, first, you’re welcome — it’s darn catchy — but second, and more importantly, consider just how far technology has come in those 25 years. It’s insanity, yes, but it’s not virtual anymore, except for the virtual reality (VR) part.

And VR is augmented by augmented reality (AR), which has been purported to be just on the cusp of being available in contact lenses for several years now. Since 2014, major companies like Samsung, Sony and Verily — Alphabet’s life science’s division — have been investing time and resources into developing smart lenses, both intra- and extra-ocular.

These lenses offer nearly unlimited potential, as breathless prognosticators would have you believe. In addition to making video games nearly indistinguishable from reality, they’ll be able to help you take photos or record video to your smartphone, measure biometrics like blood glucose levels, give heads-up displays with information on individuals and inanimate objects alike, and essentially make the “Android” aspect of an Android phone more accurate.

If part of that sounds like a Black Mirror episode, that’s because it is: The show’s third episode of its first season, entitled The Entire History of You follows people who have lenses that record all aspects of their lives. This leads to conflict, of course, and may be a bit grim for those with an optimistic view of AR-led lives. But recalling that episode was made in 2011 demonstrates most certainly that either life imitates art or, at least, Charlie Brooker (the show’s head writer) was way ahead of his time. As we’ve seen, however, the current trend is for science fiction to become science fact. So it goes.

As of the tail end of 2021, however, smart lenses are not on the market, though the word “soon” has been on everyone’s lips for some time now. So, how did we get here, where are we, and where does it look like we’ll go? Let’s take a look with our real eyes as well as our mind’s eye, since we can’t use AR eyes yet.

Google Glass and the Pre-lens Era

Even science fiction writers had to update their concept of futuristic vision enhancement devices between Star Trek: The Next Generation and the newer series of films. The show’s Geordie LaForge goes from the famous headband-over-the-eyes look to updated blindness-curing lenses in the more recent films.

So, that may give you an indication of the role Google Glass played in the AR lens landscape. They were essentially already obsolete before they ever took root: Google Glass seemed neat at the time, but they were largely a novelty as they were cumbersome, too heavy on one side, and generally even too geeky for geeks.

While Google Glass had great promise on paper, it’ll likely be viewed in the future as one of those in-between technological relics, like floppy discs or Apple’s Newton (a proto-smartphone) in the mid-1990s — an ambitious attempt, but beyond the technological capabilities of the time.

Companies on the Cusp

In addition to the tech titans that have already thrown their hat in the smart lens ring, two smaller companies are getting closer to making smart lenses a reality. These are Mojo Vision (Saratoga, California, USA) and Innovega (Bellevue, Washington, USA), each with their own process, capabilities, benefits and drawbacks.

That these companies are located in some of the world’s leading tech hotspots might give you an indication of the type of vision the companies have (no pun intended). Silicon Valley and Seattle are deservedly famous for producing cutting-edge technology, so we’re looking at yet another potentially world-altering bit of tech arising from the same institutional background as Apple, Facebook, Google, Amazon, and so on.

But because these smart lenses are considered a medical device, they’ll need to be approved by the FDA. That means that, at the least, they’ll need to provide some sort of medical benefit rather than simply being a tech novelty — or so one would think, at least.

For reference, Mojo Vision currently uses a scleral lens, whereas Innovega is working with a soft lens. The technology that goes into each makes the manufacturing process more than a bit challenging, though each has come up with their own solution. Mojo Vision’s Mojo Lens will handle most of the processing ability in the lens itself, whereas Innovega’s lens will work with hardware in accompanying glasses and a device around the neck.

The display capabilities of these lenses is quite impressive. For reference, Mojo Vision’s lens will have some 14k pixels per inch beamed directly to a part of the retina, meaning ultra-super-duper high definition imaging.

Both companies are still in the prototype phase, with the visually impaired as their first target audience. At least, that’s certainly what they’re saying.

While the visually impaired may be the first civilian audience, there’s no doubt that militaries around the world are salivating at the concept of lenses that can enhance a soldier’s combat abilities. Imagine image and video recording, zoom capabilities, a heads-up display to help with targeting and threat identification, biometric readings, and more. Does that sound like something the Pentagon or Kremlin would be interested in?

Not only is the answer to that question a clear and resounding “yes,” you can rest assured they’re multiple steps ahead of whatever civilian technology currently exists. For example, the U.S. Defense Advanced Research Projects Agency (DARPA) has announced its interest in a wireless contact lens developed by the French University IMT Atlantique (Nantes, France).

DARPA has long sought a smart lens for American soldiers, even funding developments from Innovega as long ago as 2012. Where there’s fat government contracts to be had, there will be technological developments, and you can bet the American government is not the only one behind smart lenses. The FDA hurdle will be for civilian purposes; the military applications will be an entirely different process.

We don’t usually cover geopolitics in this publication, but smart lenses play a clear role in what’s clearly a worldwide tech arms race in our current multipolar power system. Optics have played a role in politics for centuries by providing better sights for militaries. It was only a matter of time before such tech got down to the individual and ophthalmic level. In a way, it’s exciting, and in another way, it’s a bit scary.

As the recent Nagorno-Karabakh war between Azerbaijan and Armenia showed, a technical leg up is the most surefire guarantee of victory — and lagging technically is not an option if the stakes are high. Azerbaijan’s acquisition of advanced drone technology from Turkey made mincemeat of Armenia’s previously-considered-decent army, and that lesson has not been lost on any government paying attention — which you can rest assured any military power is.

Now, take the concept of smart lenses and apply it to soldiers, and you can see just how there is most certainly a rush to develop this tech. Sure, it’s potentially wonderful for civilian use and for novelties like AR, but the real driving market here is bound to be the lenses’ military applications. Time and time again throughout history, tech developed for the military filters its way down to the civilian population later. You can bet good money that’s what’s happening now, too.

Certainly, there are valuable medical applications of smart lenses. They can help enhance vision in the visually impaired, keep track of biometrics for those suffering from conditions like diabetes, or even cure color blindness. These are all medically valid and laudable causes, and they’re the main medical argument for smart lenses.

But they’ll raise a host of bioethical questions, which we’ll likely spend years discussing over the near future. As a serious biological upgrade to the wearer, these lenses are in a way the vanguard of the transhumanist movement.

One obvious question is that of privacy — a concept already on the ropes after years of big data collection by all sorts of organizations, both public and private. If a person can record a photo or video with their smart lens — and without the other party even being aware — well, where does that put us? It seems impossible to stop, so how do we handle it as a society? This is an open question: No answers seem readily apparent.

So then, will all professional athletes start wearing them to remain competitive? There’s no shortage of money in professional sports, so lenses finding their way into this realm seems inevitable. Is that what we want as a society, though? Will sports become more about the biological upgrades one can afford than natural athleticism?

Perhaps the reader can see just what kind of path this takes us down. If smart lenses are one of the first body upgrades available and we accept and encourage them, where will we later draw the line? Or should we draw any line at all?

Although the last few decades have witnessed billions of people lifted out of poverty, they’ve also given rise to widening economic gulfs between haves and have nots. In effect, this has led to class stratification and a decrease in economic mobility, especially in developed economies.

We can be reasonably sure that smart lenses won’t be cheap for some time. Indeed, the economic ramifications and realities of these lenses are barely even a cogent thought yet. How will insurance or national health care systems handle them? Assuming they pass medical approval via relevant agencies, at what point will physicians be able to prescribe them for their patients, and what kind of regulatory hurdles will exist?

From this writer’s perspective, it seems likely that smart lenses will become a symbol of affluence, providing the already wealthy yet another economic advantage over others. Having biometric data available as a heads-up display, for example, will help the wealthy keep track of their health much better than before, leading to a widening gulf in metrics as broad as life expectancy. This could be the point of divergence of near-permanent economic classes.

Of course, we can also look at the more entertainment-oriented aspects of the lenses as well — AR and VR are making huge headways in the world of gaming, for example, which may quickly become an even greater part of our lives than they already are. Consider how Facebook renamed itself Meta in anticipation of the Metaverse — the VR simulation world many predict will be the Next Big Thing.

Clearly, smart lenses lead to deeper questions than may appear on the surface level. They represent a seismic shift in technological developments — that of not just repairing the human body, but improving it in fundamental ways. What this looks like in another 25 years is anyone’s guess. However, guesses from 25 years ago about today’s technology were largely wrong, so making predictions about future tech is a fool’s errand.

One thing is for sure: We at CAKE magazine will be watching these developments very closely and will keep you up to date with developments. It’s not often we get to deeply explore the implications of ophthalmic developments on the world at large, but this particular case was quite à propos.

We’d love to hear comments and feedback from you on this topic. What do you think are the broader ramifications of smart lenses? Just how soon will we see them on the market? Are they an innocuous and largely beneficial development, or is there a real potential for them to mark a darker turn? Are they simply a logical step in our development as a society?

Thanks for reading, and stay tuned for more. Things are about to get wild. 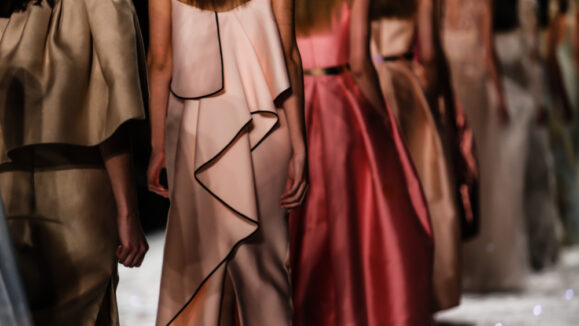 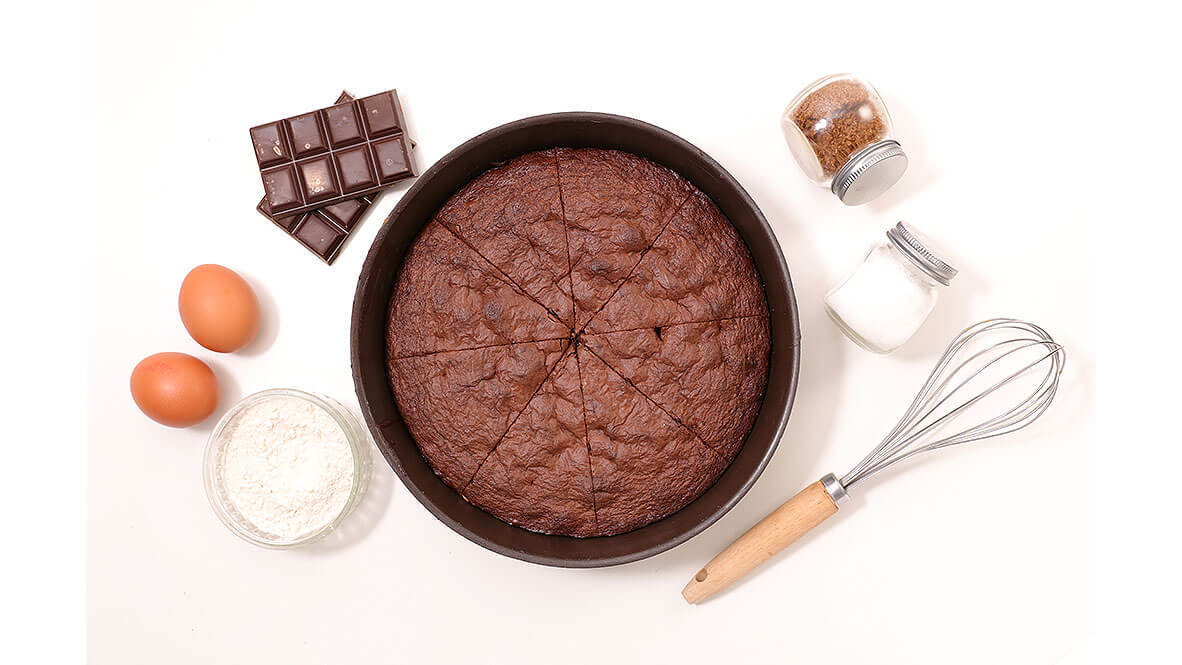