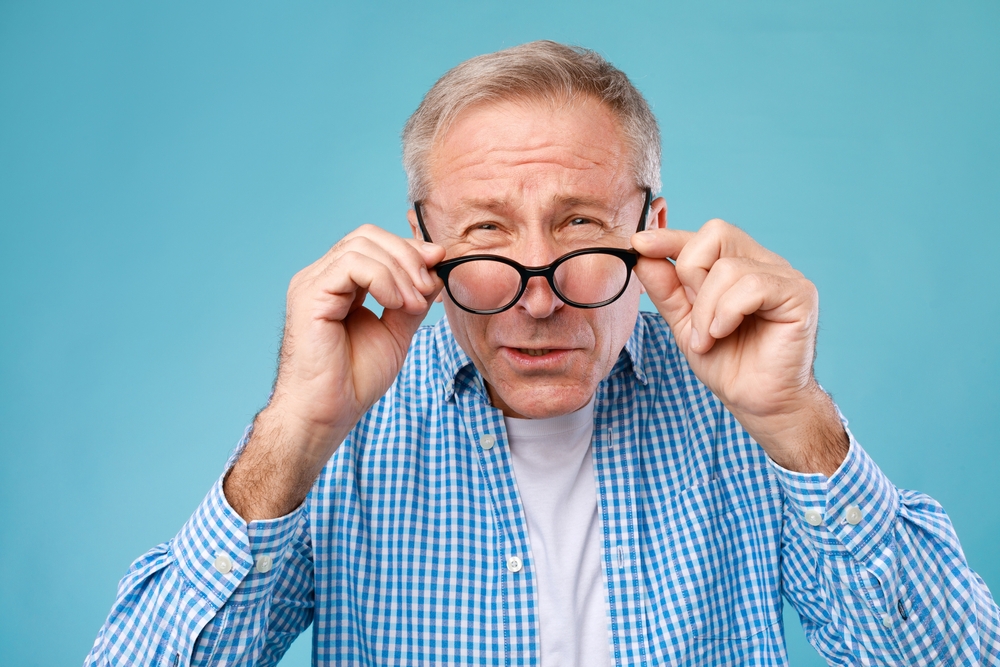 If you’re absolutely certain that you keep on hearing presbyopia of late, don’t worry you’re not suffering from early onset dementia — the subject is very much a talking point. Around the world, people are aging every day (oh the horror!) and as people get older, they are more likely to be affected by presbyopia. Since this condition could affect 1.8 billion people worldwide, we figured it was time to review some of the available treatments.

This is the subject of a new paper coming from some of America’s leading ophthalmological minds: Review of Presbyopia Treatment with Corneal Inlays and New Developments. Pointing out in the very first line that presbyopia “may represent the largest segment of refractive errors that is without an established and effective refractive surgery treatment,” the researchers set out to examine what new or current treatments may exist.1

An option that did enjoy success in the U.S. — and remains popular worldwide today,  despite declining popularity in the States — are corneal inlays. They represented a promising treatment for presbyopia due to advancements in biocompatible materials and femtosecond laser technology developed in the 1990s, but today they may have fallen out of favor. This is attributed to their high rate of complications, but they did provide a valuable launching board for technical development.

One of these developments was the small-aperture corneal inlay, KAMRA, the first corneal inlay to gain U.S. Food and Drug Administration (FDA) approval in 2015. This uses small-aperture optics to increase a patient’s depth of focus which effectively blocks bending rays of light, minimizing refraction and improving near vision. It’s 3.8 mm in diameter with a 1.6 mm central opening and is only 6 μm-thick, however, there’s a slight snag here.1

As of 2022, KAMRA is no longer in production, but the manufacturer still supports patients with an implanted corneal inlay. That’s despite the fact that there are now over 20,000 KAMRA inlays currently implanted, which gives clinicians a pretty clear understanding of its efficacy in treating presbyopia.1

According to the American researchers, “a recent systematic review using data from 2011–2018 including 18 articles and 2,724 eyes found that 78.5% of eyes had a UNVA of 20/32 or better and 90.5% of eyes had a UDVA of 20/25 or better.” However, this should be stated that in the same review, 101 eyes (3.7%) required explantation due to vision blurriness, development of epithelial microcysts, incorrect implant placement, or hyperopic shift changes.1

In a longitudinal study containing 30 eyes performed in Brazil with a Flexivue corneal inlay,

UNVA improved to a mean of J1 in 87% of eyes at one year but decreased to 77% of eyes at three years. The number of patients satisfied with their vision decreased from 90% in the first year to 73% at a 3-year follow-up. Compared to the KAMRA corneal inlay, studies show a more frequent loss of corrected distance visual acuity (CDVA) after implantation, however that has not resulted in FDA approval, largely due to the longer-term results.1

An alternative to these and other solutions could be PresbyLASIK. This uses an excimer laser,  and “is an exciting new technology that may allow us to produce highly customized care to a variety of patients with presbyopia and other refractive errors.” It’s designed to shape the cornea using a multifocal profile with multi-spheric ablation that allows the patient an acceptable depth of focus for distance, intermediate and near vision.

In one clinical study of 138 eyes, patients treated with central presbyopic LASIK were followed for one year and visual outcomes were excellent with a mean UDVA of 20/20 and a mean UNVA of J2. At six months postoperatively, 100% of patients said they would recommend the treatment. There remains a wide range of reported spectacle independence following this procedure and more long-term follow-up studies are needed to assess its long-term efficacy, but this is still a promising area of study.1

So let’s hope for more studies into PresbyLASIK as this could be the most promising area for surgical presbyopia treatments.