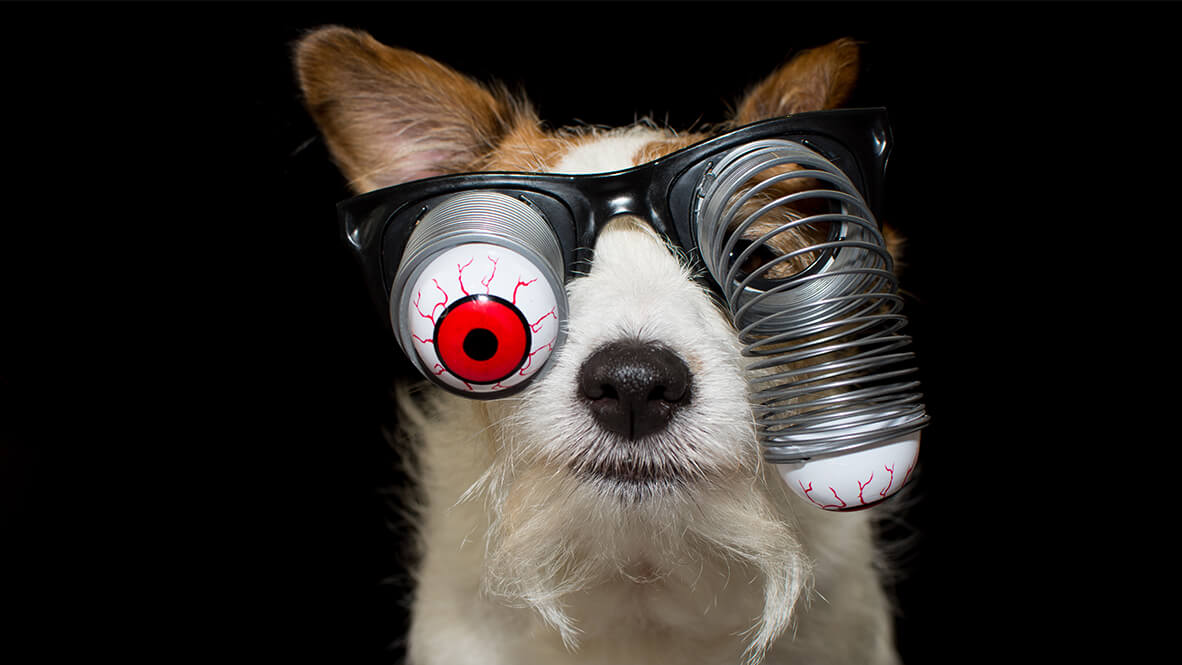 The practice of enucleation first appeared in the 16th century.1 And in the 500 years since it was first performed, removing an eye and replacing it with an intraorbital implant still poses challenges. However, in an exciting development, a group of researchers in India have found a ‘hack’ to tame the recalcitrant implant.

Dr. Tarjani Dave demonstrated a common issue with these implants in a case of a 17-year-old male patient who underwent three sittings of implant exchange, with each attempt resulting in implant migrations. “The implant migrates when its maximum convexity is not visible in the palpebral fissure,” explained Dr. Dave.

The other option, the dermis fat graft2 method, also has limitations. According to Dr. Dave, operating on eye sockets (for the dermis fat graft) that had previous surgery leads to a higher rate of graft necrosis and unsightly scars on the harvest site. This led her to look into other solutions.

“What if we blocked the quadrant of migration with another implant, just like a piggy-back IOL? Will that help in centering the migrated implant?” wondered Dr. Dave and her team. Based on an idea from their previous study using custom ocular prosthesis, they now focused on using three-dimensional (3D) printing technology.3

And the team seemed to have made quite an impression, literally.4 During the Orbital and Oculoplastic Surgery Free Paper Rapid Fire Update Session at the Asia-Pacific Academy of Ophthalmology (APAO) 2019 Congress held in Bangkok, Thailand, Dr. Dave shared insightful tips on how they finally secured the orbital implants.

First, patients’ two-dimensional (2D) scans were taken and imported to a free software program to generate a 3D model of each patient’s orbit. “Then you crop your region of interest (on the customized orbit) to reduce the cost of printing,” said Dr. Dave.

The file is then sent to a 3D printer, which prints out a life-sized model of the patient’s orbit. “The orbit is obtained as it is, in vivo and external model. And using that orbit as a template, you can then make any sort of implant that you wish to make,” added Dr. Dave.

With this custom-made orbit, they made a second implant that sits in the inferotemporal quadrant. “Placing the implant surgically is very simple. You use the routine transconjunctival inferior orbitotomy approach. Essentially, you’re placing the implant extra-corneally, extra-periosteally, in the quadrant where the spherical implant migrated, so that this blocks the migration,” she shared.

In another tip, she shared that the implant could be secured with cyanoacrylate adhesive and any other needed adjunctive procedures could be done in the same sitting. The team decided to put this method to test on more patients.

In a study5 published in the Indian Journal of Ophthalmology, the team investigated if centering the migrated implant, with the help of a second patient-specific implant, corrects the migration. It was a single-center prospective consecutive interventional case series of six eyes (of six patients) with inferotemporal spherical implant migration – the inability to retain  the prosthesis even after maximal prosthesis modification by the ocularist.

Dr. Dave said the study’s main outcome was to measure the centration of the orbital implant clinically and radiologically, while noting any complications of the surgery. The secondary outcome measure was the cosmetic result of the prosthesis, in terms of reduction of the enophthalmos and a decrease in the superior sulcus deformity.

All six patients had an average of 13 prior orbital surgeries with a mean follow-up duration of just over two years and an average migrated implant diameter of 18 mm. Their average customized implant volume was 2.57 ml.3

The result? Success in centration for all six patients with no other complications, although four patients required additional fornix formation sutures (FFS) and mucus membrane graft (MMG) to deepen the fornix. Between the pre- and postoperative periods, the patients had a reduction in the enophthalmos and superior sulcus deformity.

“This study is on a novel technique that actually targets the pathology, which is attempting to re-center the migration. It is also a one-step procedure because when you use a 3D printing to craft it, the implant sits exactly where it belongs,” Dr. Dave shared, noting that there will also be a two-year follow-up for these six patients.

There are limitations to the study, though. It is a small cohort, thus a larger number would produce more statistically significant results. Also, this method requires 3D printing knowledge and set-up, something which could potentially be outsourced.The good news is that it is cost accessible. “In India, it costs about 2,000 – 3,000 Rupees (28 – 43 US Dollars),” she said, adding that it is necessary to work with ocularists. “With the advancements in technology, we’re definitely at an interesting crossroad in socket surgery,” concluded Dr. Dave.