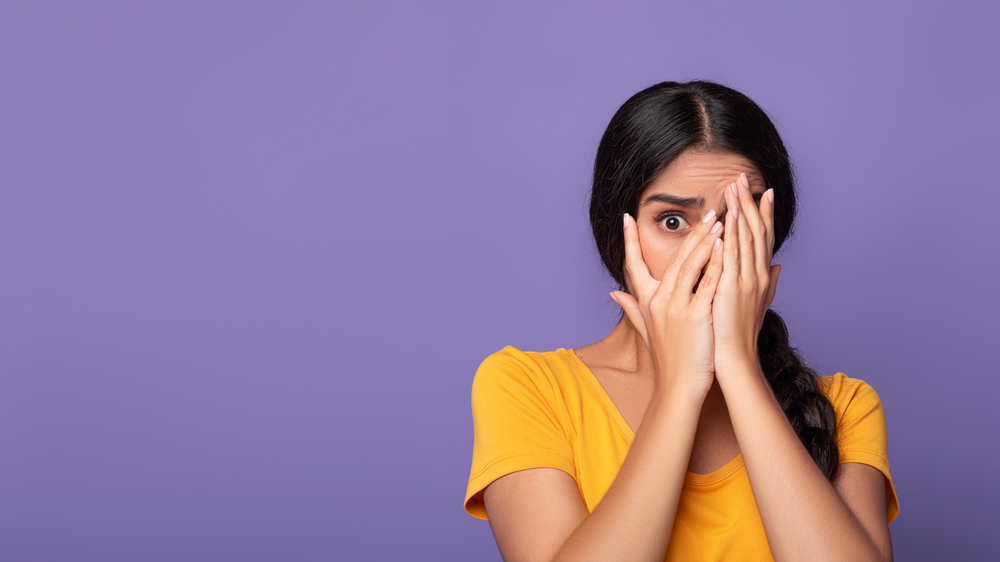 No one likes to go to the doctor. Perhaps it’s the fear of discovering something unpleasant, or even life-altering. Or maybe it’s the unsettling feeling of being examined by a near stranger. Whatever the case may be, “doctor phobia” (or Iatrophobia) is real — and so are the consequences, especially in the eye care realm.

New research1 from Wang et al. out of China shows just what can happen if eye exams are missed. The fact that myopia is on the march around the world is common knowledge — but what the average bear might not know is that leaving myopia and other refractive errors like hyperopia, astigmatism, anisometropia and presbyopia uncorrected can lead to some seriously scary ailments down the road.

Who analyzes the analyses?

Research on the effects of sustained uncorrected refractive error is not new. Meta-analyses and systematic reviews of the existing research on the link between blurry vision and eye disease exist. But Wang et al. were dissatisfied with the ability of these studies to establish priority. Thus, the idea for an umbrella analysis of previous studies was born to add an extra level of evidentiality and to provide a foundation for future research directions.

The authors sifted through more than 1,300 meta-analyses from PubMed, Embase, The Cochrane Library and others, eventually pulling out 15 articles that met a stringent set of criteria for inclusion in the study. The refractive errors investigated were myopia, hyperopia, astigmatism and anisometropia, and correlations between these errors and myopic macular degeneration (MMD), retinal detachment (RD), cataract, open-angle glaucoma (OAG), strabismus, age-related macular degeneration (AMD) and diabetic retinopathy (DR) were investigated.

The relatively miniscule percentage of studies used (a little over 1%) may at first glance seem like cherry-picking, but was simply the result of stringent selection criteria. Duplicate studies, studies that did not meet minimum transparency standards, and studies whose main purpose was not meta-analysis of refractive error/eye disease connections were excluded.

A Link to the Future

In the end, it was not the correlation between refractive error and eye disease itself that was most surprising. Among the unexpected results was the strength of the correlation and the undeniable evidentiality of a causal link that emerged from the unique statistical methodology employed.

Myopia was the undisputed leader in study volume, undoubtedly due to its current spotlight on the world eyecare stage. Results from Wang et al. left little doubt that myopia has a strong and likely causal relationship with a variety of eye diseases.

With myopia in the name, MMD was an uncontroversial candidate for the umbrella review. The study found a strong relative risk of myopia sufferers developing the disease, with the mild-to-high myopia population having a staggering 13.57 to 845.08 times higher risk. Further, high myopia patients were found to have a significantly thinner subfoveal thickness value, adding some insight.

The list goes on. Myopic patients had a statistically significant higher overall relative risk of developing OAG (1.95 overall, 7.15 for high myopia), and nuclear (2.51) and posterior subcapsular (2.09) cataract. A rogue’s gallery of blinding diseases to be sure, and given the tidal wave of myopia across the globe, even more reason to keep up on those eye doctor appointments.

The strong correlation between myopia and a variety of blinding diseases is both critical for patients to avoid sight loss and doctors hoping to catch sight-robbing ailments early. But the most startling findings in the report is information that is perhaps better to keep behind lock and key.

Wang et al. found that having a high degree of myopia actually had a protective effect for other eye diseases. Relative risk for AMD, a common and potentially devastating disease, was significantly lower at 0.79 overall. Hyperopia patients’ relative risk, by contrast, was a non-significant 1.08, which decreased to 0.84 for late AMD. The meta analysis pointed to axial length as a potential contributing factor, with a per-millimeter increase in axial length associated with lower risks of AMD and early AMD.

This surprising trend continued in DR. In fact, as myopia got stronger, so lowered the risk of developing DR, all the way from 0.73 for mild myopia to a staggering 0.41 for high myopia. On the other hand, a per-diopter increase in SE toward hyperopia had a positive relative risk correlation with DR (1.11). The same per-millimeter increase in axial length inverse correlation with AMD was found with DR and vision-threatening DR, providing more evidence for a relationship between axial length and these diseases.

Of course, the reality of the inverse correlations between myopia and the development of certain diseases does not mean people should remain intentionally myopic. However, the authors did take a moment at the end to speculate as to what could be causing these correlations.

Stretching force again was put forth as a culprit for OAG due to possible peripapillary scleral flange and lamina cribrosa stretching and scleral rigidity. For nuclear cataracts, the authors mentioned the increase in oxidative stress levels and decrease in antioxidant capacity in myopic eyes.

On the other side of the coin, in AMD it was all about increased choroidal vascular resistance in shorter eyes, impeding blood inflow and impairing retinal pigment epithelium. Reduced blood flow in shorter eyes was also pointed to in DR. On the other hand, the increase in AMD for hyperopic eyes could be due to increased VEGF production due to the hypoxic conditions present in hyperopia.

In the end, the authors were unequivocal about the need for additional research into the multitude of findings coming out of this study. Ultimately, refractive error causes a variety of physical changes to the structure of the eye, and now that correlations have been definitively established, it’s time to take a precise look at what underpins these correlations. And in a world where myopia and refractive error are on the rise, world eye health can only benefit from such work.