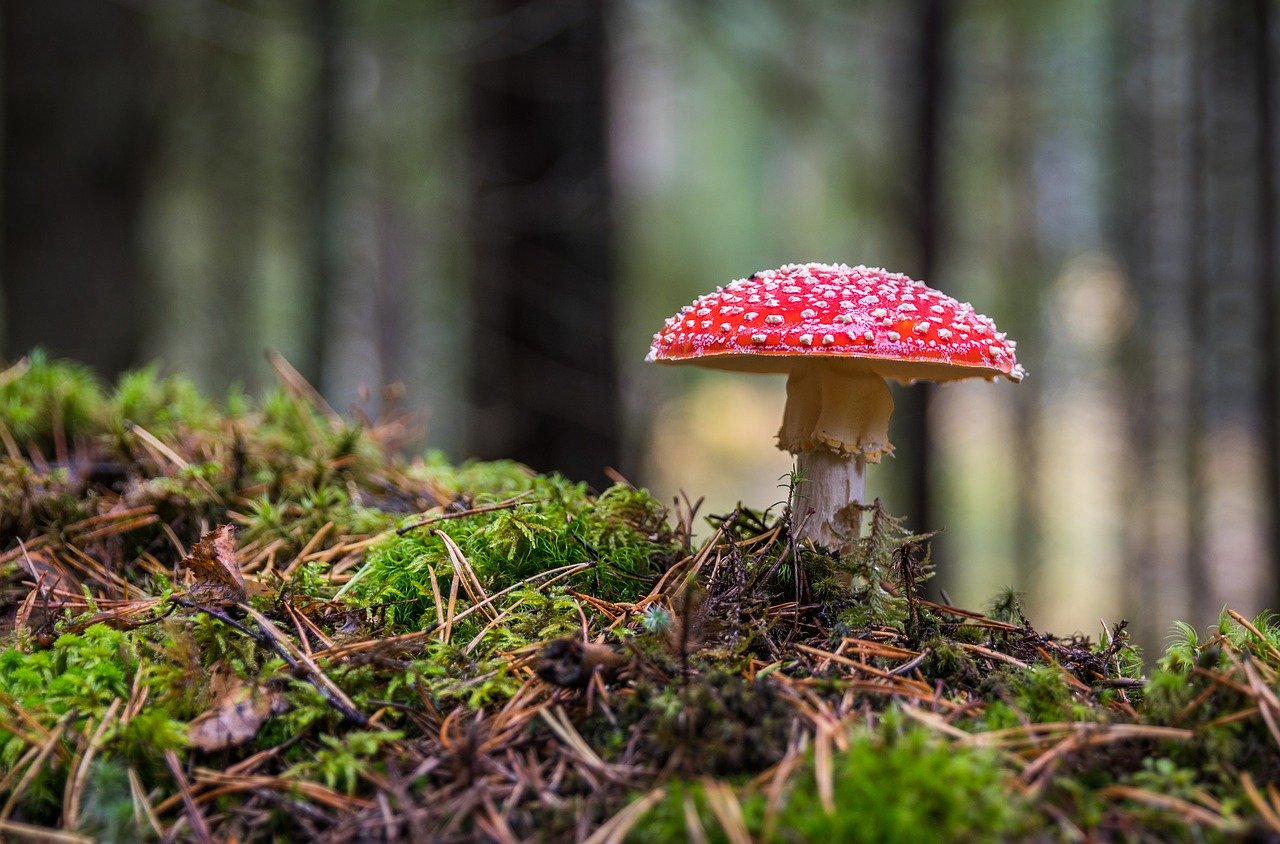 Most cases of infectious scleritis can be associated with systemic infections (like tuberculosis or syphilis), with local infections from endophthalmitis or keratitis, or as a result of surgery (e.g., small incision cataract, pterygium excision or scleral buckling for retinal detachment). On the other hand, non-infectious scleritis is associated with autoimmune conditions (like rheumatoid arthritis). However, it can also be surgically induced.

While there are distinct differences in treatment, both infectious and non-infectious scleritis can have similar clinical symptoms. One case report by Kausar et al., from the K.J. Somaiya Medical College and Research Centre in Mumbai, India, reviewed the history, symptoms and clinical course of a patient with infectious scleritis following small incision cataract surgery (SICS).*

Below, we explore the difficulties in diagnosis and subsequent treatment of this serious condition faced by Dr. Kausar and colleagues.

This case begins when a non-diabetic 60-year-old female patient presented for follow-up at one month post-SICS on her left eye. In examination, BCVA in her right eye was 6/24, while her left eye was 6/18. Intraocular pressure (IOP) in both eyes was normal. However, in the left eye adjacent to the SICS incision, a 2 x 2.5mm horizontal oval area of scleral thinning with adjoining infiltrate at the limbus was observed. (Figure 1)

Thus began the investigation. Blood tests (including CBC, RBS, CRP, ESR, ANA, HbsAg and uric acid) were normal. The cornea and sclera were scraped, and samples were sent to histopathology, which showed chronic inflammatory keratitis. Meanwhile, microbiology results were negative for infective organisms. Therefore, the provisional diagnosis of autoimmune non-infectious scleritis was made.

Treatment began with systemic steroids and antibiotics (cephalosporin); low-dose steroid, moxifloxacin and tobramycin eye drops; as well as atropine eye ointment. This course was continued for seven days, but resulted in no improvement. Rather (and unfortunately), the scleritis increased in size, with almost 90% thinning and uveal show.

At this point, infectious scleritis was considered and the patient was taken for conjunctival peritomy and debridement with an amniotic membrane graft.

As illustrated above, to diagnose and treat scleritis, determining the root cause as infectious or non-infectious (or autoimmune) is the first step. Once the infectious etiology has been ruled out, Dr. Kausar suggests that immunosuppressives can be considered in non-responsive cases.

For example, surgically induced necrotizing scleritis (SINS) is an autoimmune reaction to surgical trauma and it can coexist with concomitant infections like endophthalmitis. In this case, response to immunosuppressives leads to resolution, thus confirming the diagnosis. SINS is most commonly reported following excessive cauterization, use of mitomycin C and β irradiation. In addition, enzymatic degradation may play a role in the development of postoperative scleral ulcers.

Immunosuppression plays a role in the management of postoperative necrosis from systemic immune disorders, so it is extremely important to rule out infection prior to placing patients on immunosuppression therapy, said Dr. Kausar.

She also explains that early, unrecognized infectious scleral ulcers can be misdiagnosed as scleritis, and thus, treated with steroids. However, this can further decrease the ocular defense mechanism. “[One study] noted forty percent of the patients with fungal scleritis were on either topical or systemic steroids (or both) at presentation — as was seen in our patient.

“Treating or excluding the ocular infection and infectious scleritis before starting anti-inflammatory medications and immunosuppressives may be the correct approach in the management of postoperative scleritis,” she added.

Infectious Scleritis: Getting Fungi With It

In the case study presented, the tissue was then sent for bacterial and fungal smear and culture. Meanwhile fasting and postprandial blood sugar were repeated and found to be elevated, so the patient was started on anti-diabetic medication. Steroid treatment was halted.

A swab was repeated — and it returned positive for fungus. Indeed, the swab culture grew

Penicillium. The patient was started on an antifungal (ketoconazole 200 mg).

The patient’s eye continued to deteriorate. Over the next two days, the amniotic membrane started melting and the uveal tissue was again exposed. The patient then underwent debridement with a scleral patch graft and received intracameral and subconjunctival amphotericin B. Locally, natamycin, fluconazole and amphotericin B eye drops were applied.

In this case, the doctors acted rapidly enough to save the eye, however, postoperative vision was finger counting (close to face). Exudates in the pupillary area were seen, while the scleral graft was healthy with minimal corneal edema. The patient was discharged on a course of oral and topical antifungals.

At follow-up, vision remained unchanged and IOP was controlled. Slit lamp examination showed organized membrane in the pupillary area, while B scan showed corneal thickening with apposition of the cornea-iris and intraocular lens, and thinning of peripheral sclera. The posterior segment was normal.

This Fungi is not a “Fun Guy”

Gram negative pathogens like Pseudomonas aeruginosa are the most common causative organisms of infectious scleritis. However, it can also be caused by others including: Staphylococcus, Streptococcus species, Hemophilus influenza, Mycobacterium species, Nocardia . . . and fungus.

“Though fungal scleritis is less common in western countries, it is common in tropical countries like India,” shared Dr. Kausar, adding that different studies have shown the incidence rate ranging from 3 to 38%.

In this case study, the organism responsible for scleral melt was Penicillium — although there are various others: Aspergillus, Rhizopus, Fusarium, Candida, Scedosporium, Cephalosporium and Cladosporium. Of all the fungi, scleritis is most commonly reported with Aspergillus.

The number of potentially responsible organisms makes diagnosing fungal scleritis difficult. Not only that, treatment can be challenging due to lack of penetration (shout out to the avascular sclera) and the limited number of antifungal agents.

“Existing literature does not provide any unanimity on the class of antifungal or the route of administration to be followed,” shared Dr. Kausar.

Maintaining a high degree of suspicion may aid physicians in making an early diagnosis and providing treatment — and thereby, preventing adverse outcomes, such as the formation of staphyloma and scleral melting, she continued.

Scleritis should also be considered in cases of postoperative persistence of pain or sudden reappearance of pain that does not improve with topical or systemic anti-inflammatory medication.

Dr. Kausar and colleagues concluded that in this case study, the patient’s scleritis most likely resulted from the combination of several factors: long-term steroid administration, local trauma induced by ocular surgery and excessive cautery. Following this, a superimposed infection occurred, which was predisposed by deranged blood sugar levels. Proper diagnosis and treatment was further complicated by the rare fungus presentation.

“With a high index of suspicion, combination of medical management (including systemic and topical antifungal, subconjunctival injection of antifungal with surgical debridement and scleral patch graft) we were able to save the eye,” concluded Dr. Kausar. 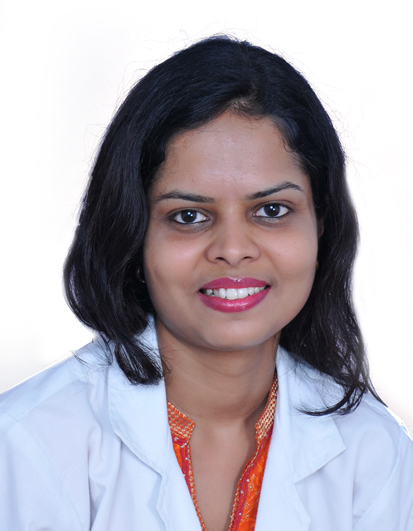 Dr. Saba Kausar specializes in glaucoma management and cataract surgery. She completed her specialist ophthalmology training from Mumbai in 2015, after which she completed her glaucoma fellowship from Narayana Nethralaya, Bangalore. Dr. Kausar has contributed to multiple published research articles in ophthalmology. She has an eye for detail, and takes the pun very literally: As an ophthalmologist, she has an inclination toward detailed, minute work and strives for perfection — a tendency which is seen in her profession, as well as her hobby of embroidery. [Email: kausarsaba31@gmail.com]