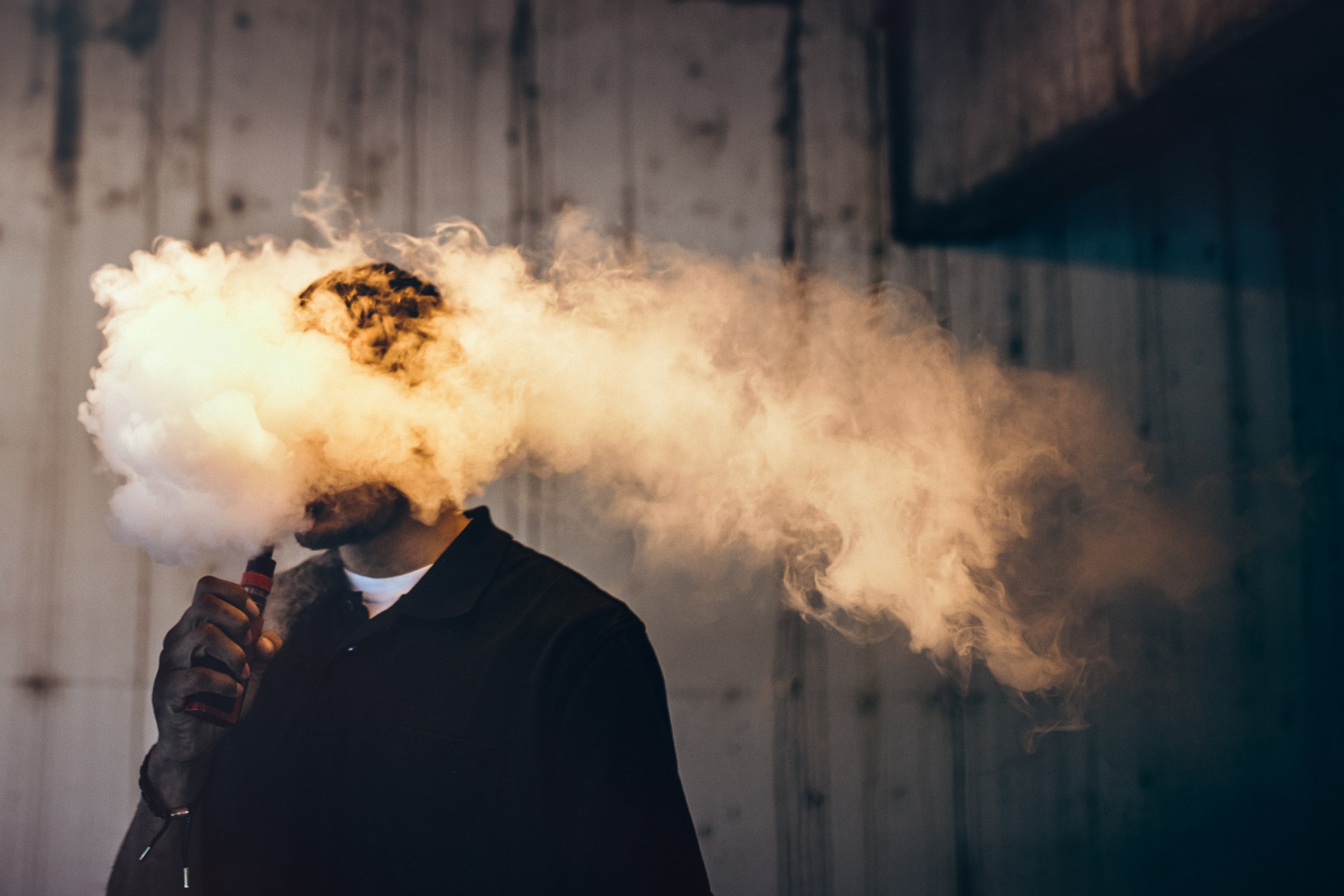 The fact that smoking cigarettes can lead to worsening eye health is well documented. Cigarette smokers are more likely than non-smokers to develop age-related macular degeneration (AMD), cataracts, dry eye syndrome, glaucoma and a host of other eye-related health problems.

What’s less known is how the effects of vaping — using smokeless e-cigarettes — affects eyes. While there is currently no definitive link between vaping and deleterious effects to eyes, early evidence indicates that vaping is likely not a safe alternative to smoking cigarettes. Vaping produces a different slew of chemicals than smoking cigarettes does, some of which produce a different set of health risks. However, some risks with vaping remain the same as smoking.

Dry eye has commonly been reported as a side effect of vaping by users — indeed, a search of vaping forums will turn up dozens of posts on the topic. While studies so far have been limited, those that have measured the effects verify the argument that vaping can lead to dry eye.

To wit, one small study of 21 vapers and 21 healthy non-vapers indicated that the vapers showed “moderate-to-severe symptomatic dry eye” while also displaying lower tear quality (1). Notably, the study showed that using a higher voltage on an e-cigarette exacerbated the symptoms of dry eye.

While the study was able to conclude that vaping can lead to dry eye, it was unable to conclude why it can. However, chemicals found in the vapor from an e-cigarette are the most likely culprits.

It’s no secret that formaldehyde can harm eyes. Depending on the exposure level, it can lead to symptoms ranging from eye irritation to loss of vision.

One study showed that e-cigarette use — even at average amounts — exposes users to formaldehyde levels higher than those recommended by OSHA (2). While this study focused on respiratory exposure, one must not ignore the fact that vapor is usually emitted directly in front of the eyes and the eyes are often exposed.

Besides aldehydes, another chemical component in e-cigarette vapor poses a risk to eyes: diacetyl.

Diacetyl is a chemical frequently used as a flavoring agent in e-cigarette liquid or “vape juice.” For reference, it’s the same chemical used as synthetic butter flavoring in microwave popcorn and is known to lead to “popcorn lung” upon exposure, especially frequent exposure.

Diacetyl vapor is also dangerous to the eyes, however. Exposure to diacetyl vapor can lead to eye discomfort, like stinging and burning. High levels of exposure can lead to chemical burns on the eye, which require medical treatment.

The majority of e-cigarette liquids, especially flavored ones, have been shown to contain diacetyl and its precursor acetoin. However, studies on the chemicals’ long-term effects on e-cigarette users are few and far between at the moment — the FDA has given e-cigarette manufacturers until 2022 to submit their products for review.

Seeing through the Vape Fog

Because e-cigarettes are a relatively new product on the market — especially when compared to cigarettes — few studies have been conducted directly studying vaping’s effects on eye health.

What we do know, however, is that vaping has been linked to dry eye and irritation. Again, the why of this is yet to be proven, but the potential causes may be hiding in plain sight: the cloud of chemicals released in the vapor.

The FDA won’t weigh in on e-cigarettes for another two years as of this writing. However, with the scientific literature and subjective reporting we do have so far, we can make a pretty safe statement: vaping is definitely not beneficial to your eyes, and is probably harmful to them.