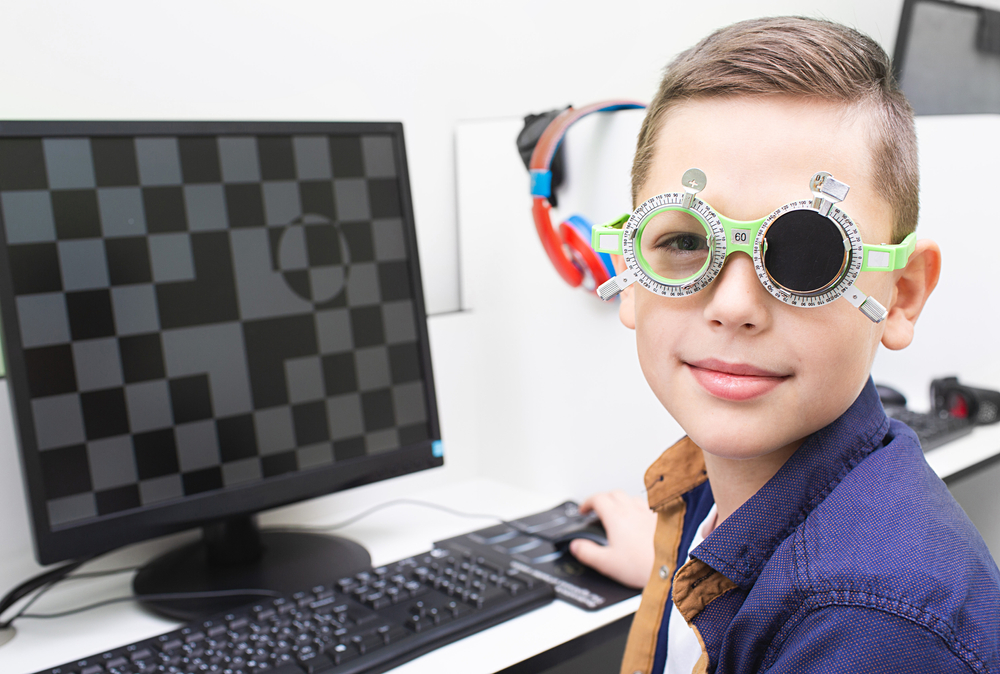 In her presentation at the All India Ophthalmology Society (AIOS) International Ophthalmic Conclave (IOC) 2022, Dr. Meenakshi Swaminathan shared her thoughts on the latest treatments for amblyopia.

Amblyopia, one of the most common eye disorders seen by clinicians today, is not a disease known for its novel treatments. Dr. Swaminathan explained that patching the better eye has been in practice since 800 A.D. and remains the most oft-used treatment for the disorder today. However, there are many cases where patching or atropine eye drops, the next most prescribed treatment for amblyopia, are not an option. Dr. Swaminathan presented a survey of current and future treatment options for such cases in her presentation at AIOS IOC 2022.

A New Way of Thinking

Before diving into individual novel techniques, Dr. Swaminathan noted that there has been a change in the way treating amblyopia is conceptualized. “There has been this paradigm shift in thinking,” she shared. “Why are we focused only on monocular vision? Why not focus on binocularity — isn’t that what the fine vision function is that we are really after?” New treatments now put more focus on binocularity, restoring cortical plasticity, and reducing interocular suppression.

RevitalVision, an FDA-approved treatment for amblyopia, is a non-invasive, software-based treatment program and uses a task-based approach for improving visual performance. According to Dr. Swaminathan, Gabor patches are the target for this visual training as they improve contrast sensitivity and visual acuity by matching the shape of the receptive field in the visual cortex and activating efficiency, which facilitates neural connections at the cortical level. She also pointed to two studies to look out for — the 2021 AMPEL study at the University of Basel, and another 2021 study out of Spain entitled Efficacy of Perceptual Learning-Based Vision Training as an Adjuvant to Occlusion Therapy in the Management of Amblyopia: A Pilot Study.

The Role of Video Games

Dr. Swaminathan then pointed to video games designed to correct amblyopia. These games work by inducing cortical plasticity and improving visual function outside the sensitive period of brain development. Referencing studies by Li et al. and Hussain et al., she explained that video games bring about a reduction of noise and an increase in sampling efficiency, holding up the FDA-approved Dig Rush as an example of such games. Dr. Swaminathan’s verdict on the topic is that they are worth trying, but users must be wary of the potential for addiction, as with any other video game.

Dr. Swaminathan then spoke about Bynocs DAT (dichoptic amblyopia training), which involves the wearing of red-blue anaglyph goggles to play a series of games in which color saturation is kept low to facilitate binocular summation, and the size and speed of various in-game targets improve based on user performance. She indicated that Bynocs is effective for anisometropic amblyopia and an angle of deviation less than 5 prism diopters. Bynocs also includes fusional convergence and divergence exercises with RDS targets for cases where interocular suppression is removed. Dr. Swaminathan praised Bynocs for its emphasis on binocular vision, and recommended studies by the Birch et al. group for more information.

REMMED is another dichoptic-based game therapy in virtual reality, using the therapy modes of anti-suppression, fusion and vergence therapy. One of the unique features of REMMED is that the patient’s performance and progress can be monitored via tablet by a therapist. There are seven different games, and REMMED is also appropriate for strabismic amblyopia by neutralizing deviation and using a visual prism with an adjustable angle. Other features include monocular therapy, contrast change, brightness adjustment, suppression checking, and the availability of different targets for training simultaneous perception and fusion.

Dr. Swaminathan was particularly enthusiastic at the prospects of ORTHOPEK, a magnocellular stimulator therapy conducted in 30-minute sessions. The instrument displays three rows of LED lights, with the central row being red. The lights alternate on and off in 300 millisecond intervals, and the patient must point out lights that come on with a laser pointer one meter from the machine using a combination of both eyes and just the weak eye.

The therapy has been highly effective in early results. In patients between 6 and 50 years of age, significant improvement was demonstrated in stereopsis, binocular and monocular vision, all with sustained improvement even after stopping treatment. Stereopsis improved more rapidly than vision in the amblyopic eye, with most patients reaching 40 seconds of arc stereopsis. “[With ORTHOPEK], I got lots of anecdotal evidence. Lots of my own junior consultants working outside, my former fellows vouched for how well ORTHOPEK has worked in refractory amblyopia,” she concluded.

There are also a battery of alternative therapies gaining traction. Liquid crystal glasses, which have been touted for their high degree of therapy compliance have shown equal efficacy to patching by a prospective study, but she expressed reservations about the US$450 price point. Acupuncture has also been used for anisometric amblyopia, but Dr. Swaminathan cast doubt on its viability with children. A study from Italy introduced physical therapy by combining occlusion of the non-fellow eye and physical exercise in the form of cycling. After just six two-hour training sessions, all 10 patients showed improvement in visual acuity, with six recovering stereopsis and the improvement remaining for up to one year after training.

Treatment of amblyopia with drugs is not new, and Dr. Swaminathan explained that names like levodopa and citicoline have been around for some time. The issue, she explained, is that effects are not sustained, and new drugs are being tested. Donezepil was tested in a trial concluding in January 2021, but as of the presentation the results have not been released. A combination of citalopram and patching was attempted in the 2019 study by Black et al., and a study on subanesthetic ketamine by Grieco et al. was released in 2020, though Dr. Swaminathan declined to comment on the outcomes.